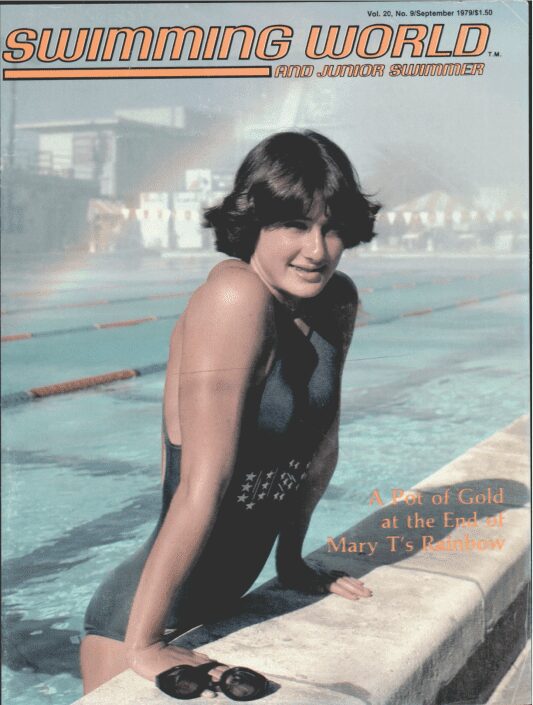 Forty years ago, Ocean was a swim suit of choice,  USA Swimming wasn’t even an idea yet, the AAU was in charge, and Mary T. Meagher was 14 years old.

August 16-19, 1979, the International Swimming Hall of Fame was host to the 1979 AAU Senior National Swimming Championships and Olympic Trials were less than a year away.  Fort Lauderdale was the perfect venue for the event with it’s warm breezes, palm trees and the Atlantic Ocean just across the street. 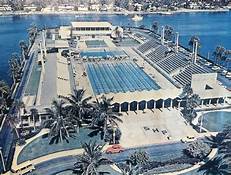 Mary T. Meagher was a shy 14 year old from Lakeside Swim Club of Louisville, KY.  She had previously broken the world record the month earlier, at the Pan Am Games in July and her coach Denny Pursley thought she was ready to do it again. 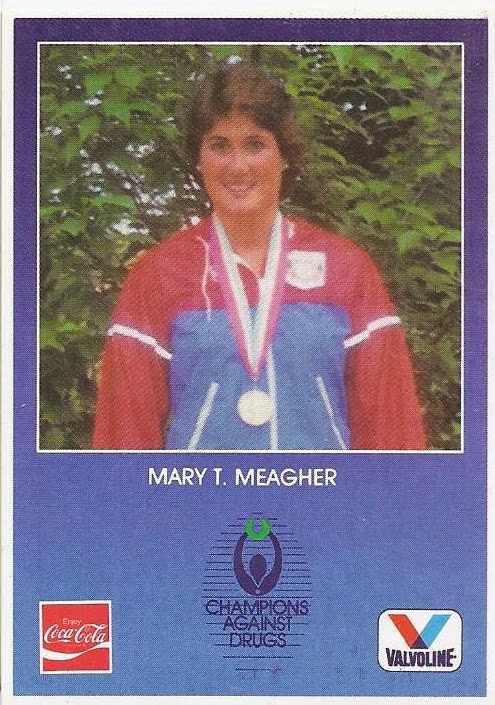 And boy, did she do it!  Not only did Mary T. better her own world record in
the 200 meter butterfly in the
prelims with a 2:08.41, she then bettered it once again in
the 200 fly finals with a 2:07.01. It was the third time Meagher
had broken the world record in that event in two months.

We all know how Mary T. and the other athletes were unable to attend the 1980 Olympic Games, but Mary T. went on to win three Olympic gold medals at the 1984 Olympic Games in Los Angeles.

But prior to the LA Games, Mary T. attended the US Swimming National Championships at Brown Deer, Wisconsin and gave one of the most spectacular performances that a swimmer has ever given.  Meagher swam the 100 and 200 meter butterfly, shattering the world records in both events.  At the time, both records were considered amazing but no one knew how significant they were and that each would each last 20 years.

It has even been argued that Mary’s performance at Brown Deer should be considered one of the most amazing performances in all of sports.