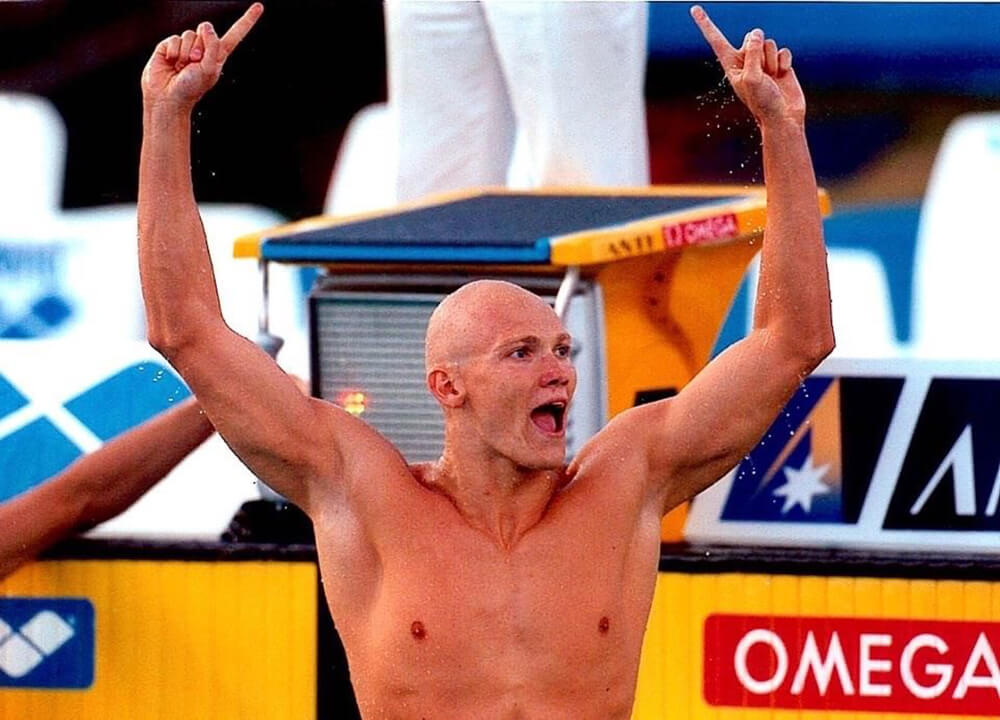 Michael Klim has been called the best relay swimmer ever.  He is a three-time Olympian, multi-time world champion and 21-time world record holder.  1998 was Klim’s year in the sun. In January, the FINA World Aquatics Championships were held in Perth, Western Australia, and in front of a boisterous home crowd, he was the leading swimmer of the meet. He triumphed in the 200m freestyle and the 100m butterfly, added silver in the 100m freestyle and bronze in the 50m freestyle. He was a member of each of Australia’s three relay teams, winning gold in the 4×200m freestyle relay and 4×100m medley relay, and a silver in the 4×100m freestyle relay.

His 100m freestyle world record, was bested by Pieter van den Hoogenband in the semi’s. In the final, he turned first at the wall, but his legs gave out in the second half and he placed fourth. In the 100m butterfly, he was the world record holder, again turning first at the wall heavily under world record pace but was cut down in the closing stages by Sweden’s Lars Frölander, finishing second. On the final night, he claimed silver as part of the 4×100m medley relay team. Still quite a performance.

Come join Klim and this year’s class of 2022 in Ft. Lauderdale.  If you cannot join us, consider making a donation.