Australian Butterflier, Jon Sieben to be Inducted into the International Swimming Hall of Fame as Part of Class of 2022 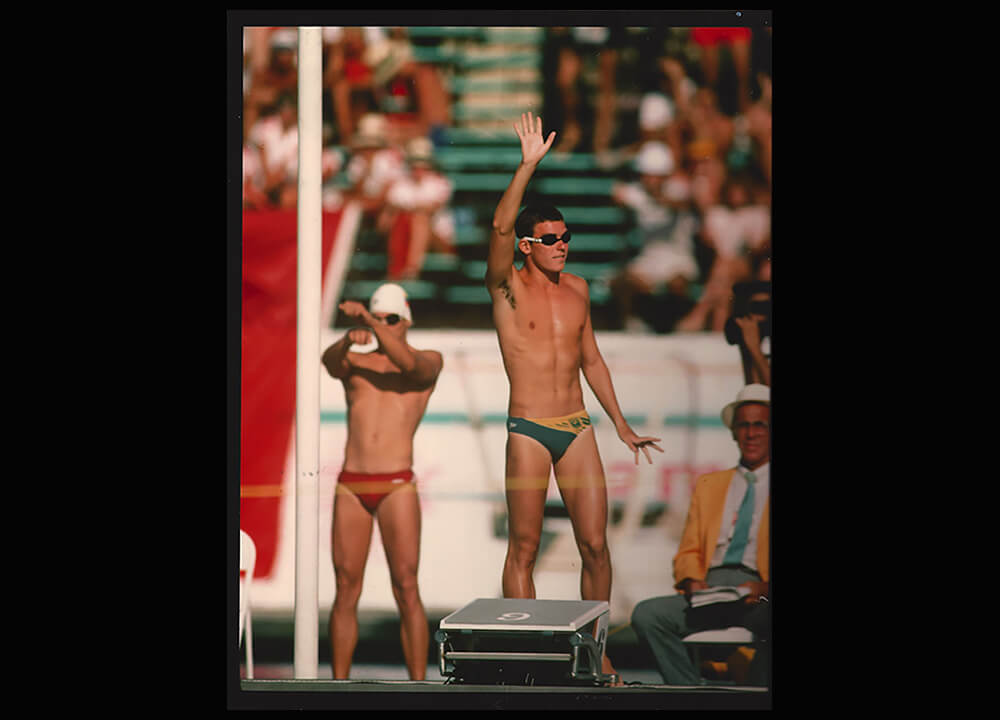 Aussie Jon Sieben set the world record with a blistering 1:57.04 in the 200m butterfly, winning the event in Los Angeles, in the major upset of the 1984 Olympic Games.  He surprised everyone and beat Michael Gross of Germany. The record stood for 11 months until Gross regained it in 1985.  Sieben continued swimming through two more Olympic cycles, 1988, Seoul and 1992 Barcelona.

Swimming as an NCAA swimmer, he competed for the University of Alabama under ISHOF Honor Coach, Don Gambril, who took him to the NCAA National Championships.  There, he won silver in the 200m butterfly and bronze in the 100-meter butterfly.

Although swimming competitively for Gambril, Laurie Lawrence was always Sieben’s coach while competing at the Olympic Games, under the Australian flag.

Not only was Sieben an Olympic caliber swimmer, but in 2005 and 2009, he competed for Australia in the Universiade Games in the sport of water polo and in 2009, the team took home gold.

Come join Sieben and this year’s class of 2022 in Ft. Lauderdale.  If you cannot join us, consider making a donation.