Beth Yudovin to be inducted as an Honor Administrator into the International Marathon Swimming Hall Of Fame (IMSHOF), Class of 2022 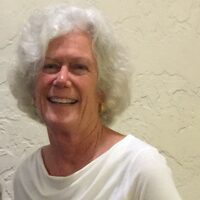 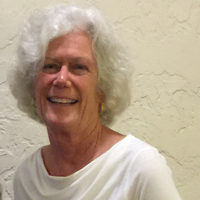 Beth Yudovin will be inducted as an Honor Administrator into the International Marathon Swimming Hall Of Fame (IMSHOF), Class of 2022. The ceremony will take place in Naples Italy on Saturday the 7th of May 2022.
Beth has a 30+ year involvement in the sport, since 2015 as a member of IMSHOF Executive Committee. She served initially as Chair and later took over finance and hosted the 2015 and 2016 Induction and Awards Ceremonies in San Pedro California.
Prior to this Beth’s prior involvement in the sport was generally as her husband’s (David Yudovin Honor Swimmer in IMSHOF and ISHOF) manager and crew chief. Together over 25+ years they completed first ever marathon swims in Japan, Mexico, Indonesia, New Zealand, Portugal, Azores, California’s Channel Islands and in Africa: Cape Verde plus São Tomé and Príncipe. They also completed previously established marathon swims in Tahiti, Hawaii and across the English Channel and Straits of Gibraltar.
Ned Denison, Chair of the International Marathon Swimming Hall of Fame, explains the reasoning behind her induction. “Beth brought success, class and dignity to the sport. On the Executive Committee of IMSHOF she showed masterful diplomatic skills and kept us heading upmarket – especially with generous contributions including attending the last eight Induction and Awards Ceremonies. Because of her commitment and dedication, the organization and hence sport is in a much better place.”
She received the Dale Petranech Award for service to the International Marathon Swimming Hall of Fame in 2020.
#honoree #imshof #halloffame #legend #HallOfFamers
International Marathon Swimming Hall of Fame
0 0 votes
Article Rating
Subscribe
Login
0 Comments
Inline Feedbacks
View all comments
wpDiscuz
0
0
Would love your thoughts, please comment.x
()
x
| Reply