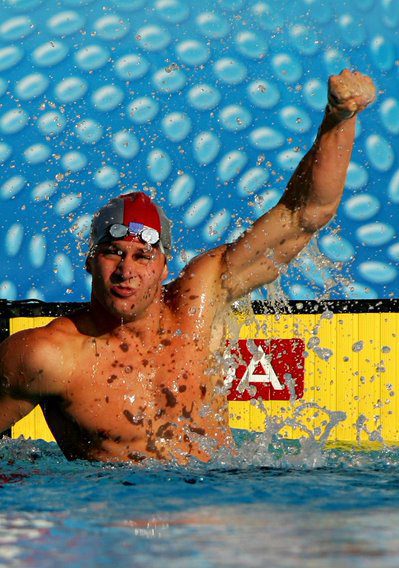 Brendan Joseph Hansen (born
August 15, 1981) is an American former competitive swimmer who specialized in
breaststroke events. Hansen is a six-time Olympic medalist, and is also a
former world record-holder in both the 100m and 200m breaststroke events (long
course).

He won a total of 25 medals in
major international competition – 18 gold, 4 silver, and 3 bronze – spanning
the Olympics, the Worlds, and the Pan Pacific Championships. At the conclusion
of the 2012 Olympic Games, Hansen decided that it would be his final meet,
retiring from the sport of swimming.

Hansen continues to reside in
Austin and is currently the Director of Team Services for USA Swimming.