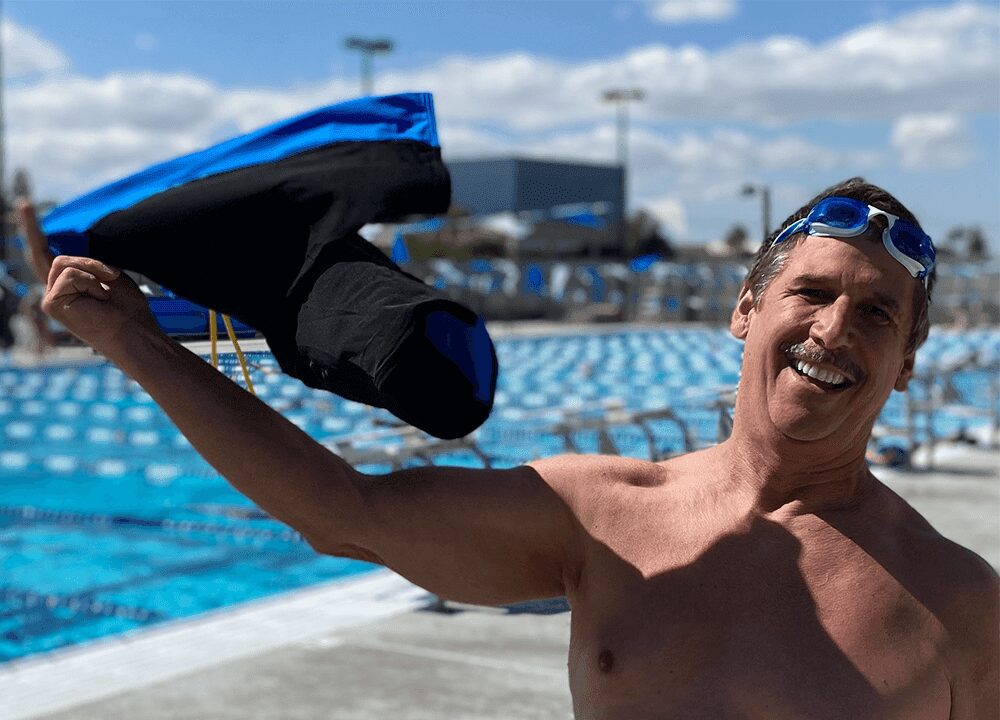 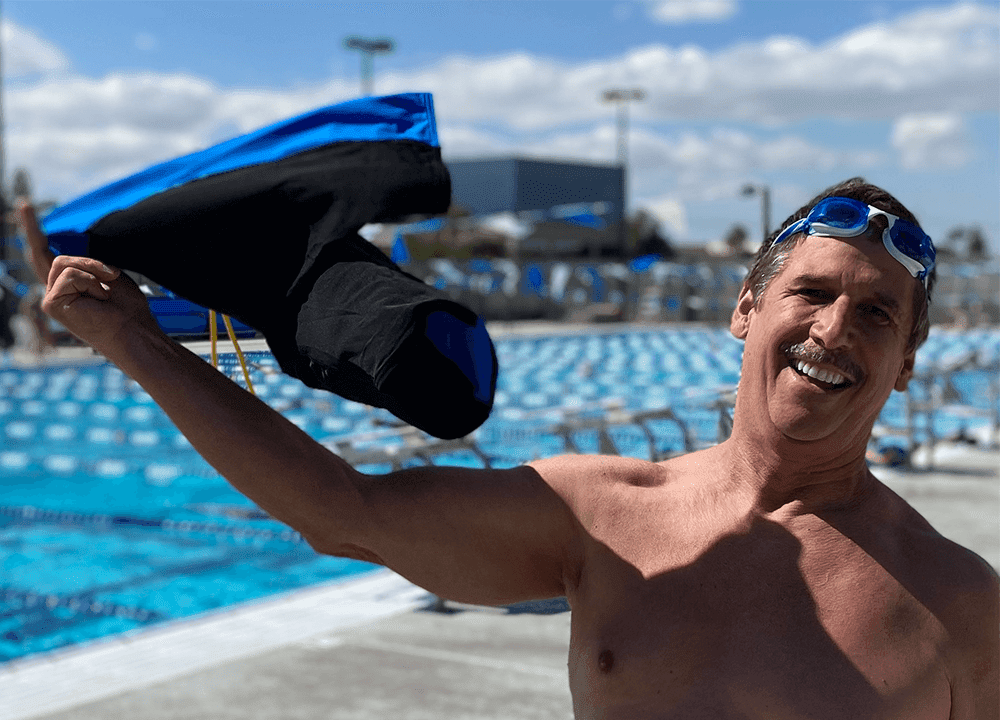 One of those inspirational stories has come from within our own staff this past year. Swimming World Publisher and International Swimming Hall of Fame (ISHOF) CEO Brent Rutemiller has inspired us with his courageous battle against a rare form of blood plasma cancer.

He has been extremely open with his fight, a point that is helping rally people around him and in their own fights, as well as serve as self motivation to fight the disease head on. Rutemiller has faced his diagnosis with determination and continues his firm belief that he will claim victory. Already, he has taken major steps toward that outcome during his treatment.

“I was diagnosed with a rare, aggressive cancer called Plasma Cell Leukemia 10 weeks ago over Memorial Day Weekend. Almost immediately, I started to get two Chemo treatments per week. The Chemo treatments have been manageable, and we have seen progress in reducing the cancer cells in my blood. We still have a long way to go, but it is all manageable,” Brent Rutemiller wrote in a letter to his staff at ISHOF, Swimming World and his inner circle. “I have not stopped working in my capacity as CEO of the International Swimming Hall of Fame and Publisher of Swimming World. The board and staff support has been amazing, and I feel that the corporation has not lost a step during my challenge. We hit record traffic during the Olympics thanks to the editorial staff!”

During Memorial Day Weekend Rutemiller, 65, thought he had a kidney stone, but it was in fact a rare plasma cell leukemia or multiple myeloma. He started almost immediately on chemotherapy, then has added stem cell replacement procedures.

It isn’t only the swimming community that has been inspired by Rutemiller’s fight.

“They’ll harvest my own stem cells then basically pull out all my marrow and replace it with my original stem cells,” Rutemiller told the Arizona Republic, his hometown paper that wrote a thoughtful and inspiring update story. “Pretty much take me back to factory settings. I just told them leave the hard drive. They say there’s no cure, you can just put it into long term (remission). I’m very optimistic.”

He has showed that optimism all year, including in a 6,500-yard swim to celebrate his 65th birthday.

“To show that age is relative to the state of mind. To show that one can thrive in the middle of a pandemic,” Brent Rutemiller said at the time about his birthday day. “To set an example to those younger as to what old is not. I did it for my newborn grandson, so that someday he may be inspired to challenge himself with high goals. I did it for my wife who just survived a stage two cancer scare. I did it because I can.”

In addition to continuing his work, despite the physical setbacks, Rutemiller has embraced the time with his family, the balancing act bringing out the best in him, and inspiring the rest of us.