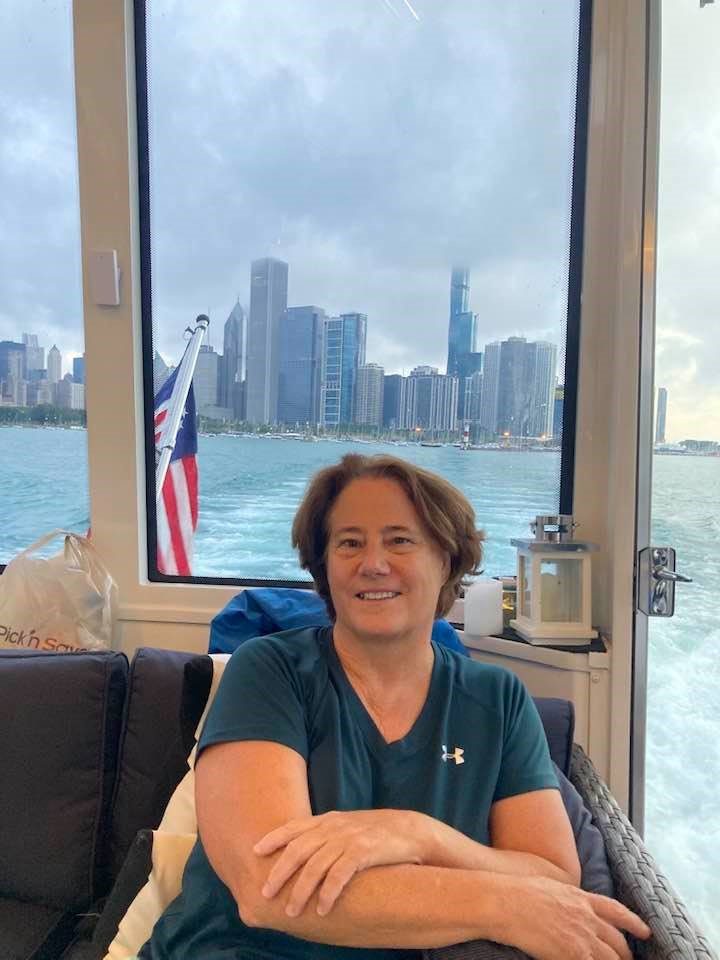 Wednesday, December 1, 2021
Elizabeth Fry to Receive the 2022 Irving Davids/Captain Roger W. Wheeler Memorial Award
FORT LAUDERDALE – The International Swimming Hall of Fame (ISHOF) will recognize Elizabeth Fry, for her extensive contributions to the administration of open water swimming with the 2022 Irving Davids/Captain Roger W. Wheeler Memorial Award. The Award will be presented to Elizabeth during the International Marathon Swimming Hall of Fame Induction and Award Ceremony in Naples Italy on Saturday May 7th 2022. The Irving Davids/Captain Roger W. Wheeler Memorial Award is presented annually by the International Swimming Hall of Fame to the individual who has contributed the most to the administration of open water swimming.
This year’s award recognizes Elizabeth Fry, an open water swimming administrator from Connecticut, USA who has served the sport for more than 30 years. She has also been the marathon director for 13 years of the 25 km St. Vincent’s Foundation Swim Across the (Long Island) Sound which raises more than $2 million EACH YEAR. Prior to her leadership in 2007 the event raised approximately $40,000 annually. Liz created a detailed safety plan that allows the event to host up to 65 escort boats and created separate team and two-person relay categories to expand fund raising and provide open water experience to local swimmers. Donations to the event have grown to over $2 million each year to help cancer patients and their families. In 2008, Liz expanded the fund raising to include multiple sclerosis (MS) with an event named the “January Jam”. This event encourages participants from around the world to track their yardage for the entire month to see who can “jam” the most yards into 31 days.
Elizabeth is an accomplished marathon swimmer: Oceans Seven; set the record for the oldest person to do a two-way English Channel crossing; and other firsts including two-way Ederle Swim, 35-mile swim from Manhattan to Sandy Hook, New Jersey and two-way S.C.A.R. She was inducted into the International Marathon Swimming Hall of Fame as an Honor Swimmer in 2014.
#imshof #honoree #Legend #halloffame
For additional information, please call Ned Denison in Ireland at (+353) 87-987-1573 or ISHOF at (954) 462-6536, or visit https://www.ishof.org
0 0 votes
Article Rating
Subscribe
Login
0 Comments
Inline Feedbacks
View all comments
wpDiscuz
0
0
Would love your thoughts, please comment.x
()
x
| Reply