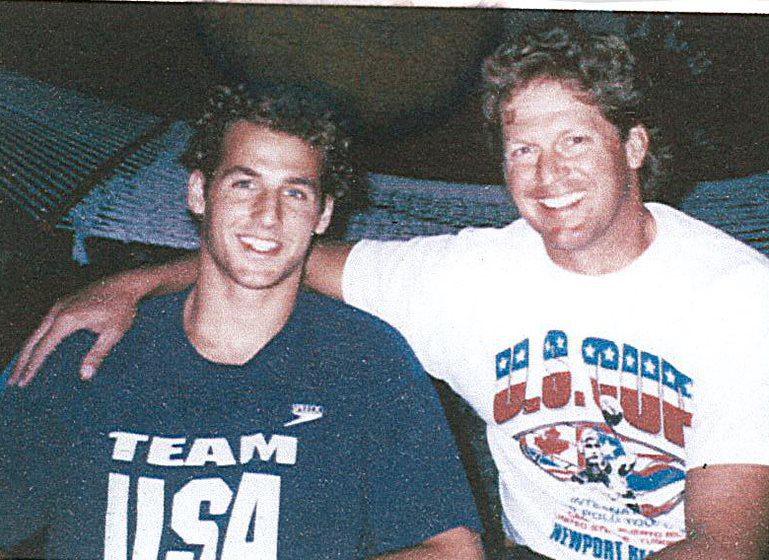 Last night, after a four month delay due to COVID-19, USA Water Polo feted its 2020 Hall of Fame class of honorees. It was worth the wait as new inductees Gavin Arroyo, Kelly Rulon, Gary Robinett, Elsie Windes and Bruce Wigo, along with previous Hall of Fame honorees, were recognized in an online ceremony streamed on YouTube and Facebook.

Despite the virtual format—for the first time in 36 years the Hall of Fame ceremony was  exclusively online—the seamless presentation represents one of few recent polo-related events that celebrate the sport in this country. The coronavirus has severely curtailed play throughout the country, and a recent spike in COVID-19 cases in California has again shutdown any polo competition in the home base of the sport in America.

Many of the inductees as well as their presenters acknowledged the changed landscape for their sport and country. In opening the festivities, Greg Mescall, USAWP’s Director of Communications, contrasted this year’s event with those of the past, while John Tanner, Stanford’s women’s coach and a 2019 honoree, made reference to last year’s raucous celebration—then emphasized that this year’s format was a “leveling” in that all around the country will participate equally.

Arroyo, being honored for his three decades of national team participation, first as a player on the 1996 and 2000 Olympic squads and in his current roles as  top assistant to national team coach Dejan Udovicic and head of the organization’s Olympic Development Program (ODP), mentioned in his induction speech finding joy in tough times.

A four-time national champion playing for Adam Krikorian at UCLA (2003-07), which included being selected the the 2007 Cutino Award as the nation’s best female collegiate polo athlete, Rulon’s story perhaps underscores the type of resilience needed in these challenging times. After representing the U.S. in the 2004 Athens Olympics—where the Americans captured bronze—Guy Baker, then the U.S. women’s coach, chose not to include Rulon on the 2008 roster. In one of the more memorable upsets in the history of the women’s program, Team USA dropped an 9-8 decision to the Netherlands in the gold medal match at Beijing’s Ying Tung Natatorium—surprising because Baker’s squad had decimated the Dutch in pre-Olympic scrimmages.

According to Doug Peabody, Rulon’s age group coach in San Diego, when Krikorian took over leadership of the women’s program in 2009, one of his first calls was to his former UCLA star, inviting her back to the team. To the benefit of all, Rulon accepted; the U.S. proceeded to capture its first-ever Olympic gold in water polo at the 2012 London Olympics, as Rulon chipped in four goals.

Recognized by peers Bret Bernard, Tom Hermstad and Steve Rotsart as “the best American referee to never officiate an Olympics,” Robinett’s story reflects the continued excellence of officiating in the U.S., a thankless task that the Hall of Fame has wisely acknowledged, including in its ranks William Frady, Andy Takata, Terry Sayring, Bernard and Hermstad among others.

In his acceptance speech, the now-Hall of Fame referee cited the some of the best polo minds America has produced—Bill Barnett, Ken Lindgren, Ted Newland and Monte Nitzkowski—who he wisely solicited to hone his craft.

Elsie Windes, the first-ever water polo Olympian from Oregon, was a teammate of Rulon’s on the 2012 Olympic team after a stellar career at Cal-Berkeley (2004-07), resulting in a 2018 induction into the California Hall of Fame. She also won silver as a member of the 2008 Olympic squad. Refreshingly, Windes’ parents Betty and Doug in their comments described bemusement at their daughter’s polo success—along with great pride in her selection to the highest honor for the sport.

Closing out the ceremony, Wolf Wigo—a 2011 inductee as three-time Olympian and two-time NCAA winner at Stanford—welcomed his father Bruce to Hall of Fame membership.

One of the most influential polo administrators in the country, for 13 years (1991-2004) the elder Wigo was the executive director of US Water Polo, steering the organization through rocky financial times while scoring specific successes, including a push to include women’s polo as an Olympic sport—achieved at the 2000 Sydney Games—and luring Ratko Rudic, arguably the most successful coach in the sport’s history, to lead the American men at the 2004 Athens Games.

Dan Sharadin, who like Wigo has had tremendous impact on the sport in this country, recounted how his former boss championed women’s polo at the collegiate level, helping to establish the NCAA as arguably the best women’s competition in the world. It regularly draws top international players to ply their craft as student athletes at American institutions.

Befitting both the moment and his stature as a statesman for the sport, in closing Wigo cited the many individuals who helped him in his journey to sustain the sport in America, including the recently deceased Andy Burke and Sayring as well as  Barnett, Pete Cutino, Dennis Fosdick, Bob Helmick, Bob Horn, Barbara Kalbus, Steve Heaton, Newland and Nitzkowski, USAWP Hall of Fame members who have all passed away.

It was an apt close to a moment of celebration for a sport that—like most everything in the U.S.—has suffered greatly during the pandemic, and a reminder that better times are ahead.