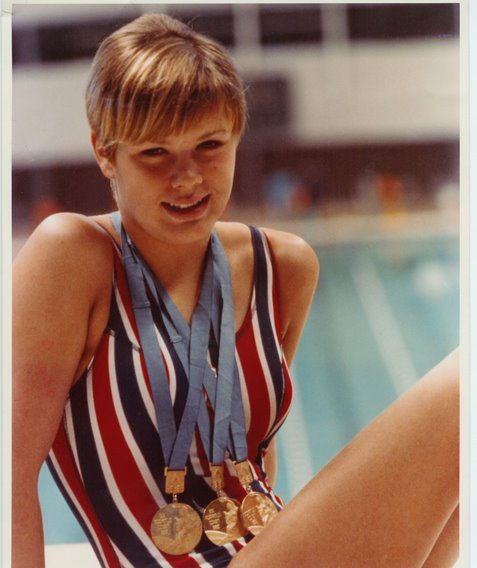 In 1967 she was chosen Tass News Agency’s “Woman Athlete of the Year”.  Between the ages of 14 and 18, Debbie was the world’s greatest female swimmer.  In the seven years prior to the 1968 Olympics (she began at the Camden Y and finished as belle cow of the Arden Hills Swim Club) she swam 30,000 miles in seven years to set training standards no girl before her had achieved; and yet she remained a happy all-American girl in appearance as in performance setting standards.  Just for comparison and a little argument in the battle of the sexes, Debbie’s 4:24.5 in the 400m would have beaten Murray Rose in the 1956 Olympics and her 17:19.9 in the 1500m would have been 39 seconds faster than his 1500m time.