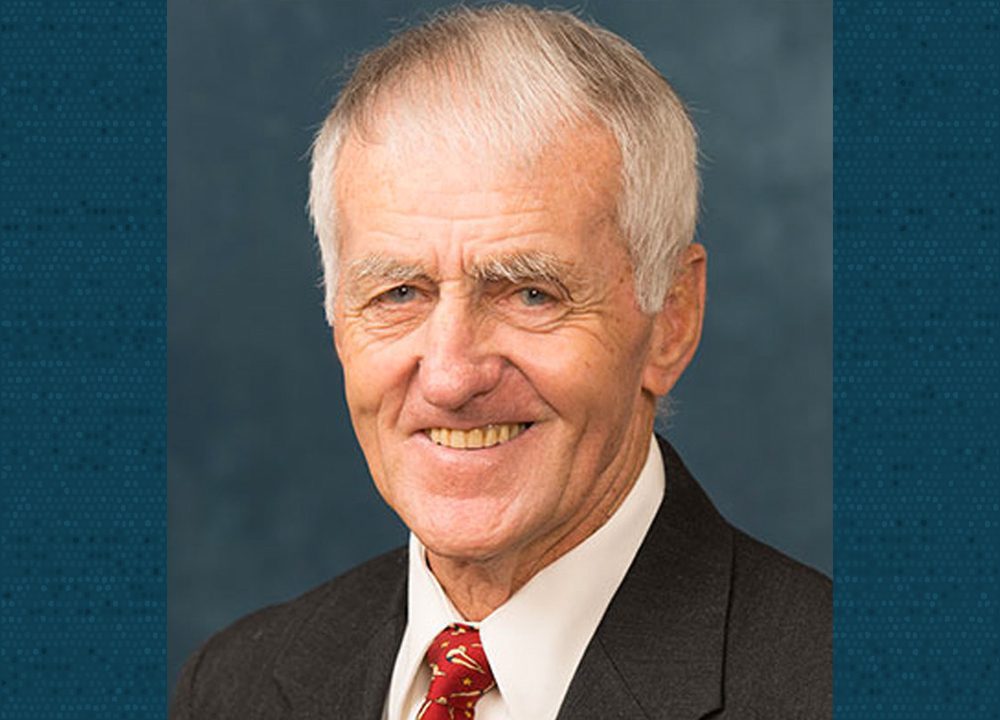 While Dick Kimball was a double N.C.A.A. Champion in 1957, he never reached his diving peak until six years later, when he won the Professional World’s Championship.  He was considered the all-time world’s greatest acrobatic diver.  Kimball, also a trampoline champion, was the first to put a spotting rig over a diving board.  He developed many new dives, first using the mini-tramp, then the mini-board and ultimately off the tower.  He was the first to develop many of the newer dives in today’s optional list.

Likewise, Kimball’s divers learned new dives in the process of winning it all. Micki King and Lani Loken were the first women (9167) to do a complete men’s list off the women’s tower.  They, along with Phil Boggs and Ron Merriott, were among the Kimball divers to do a new dive first.  Kimball’s divers won the Olympic gold three times–Hall of Famers Bob Webster ’69, Micki King ’72 and Phil Boggs ’76.

As a show diver, Kimball became the straightman for comic Hobie Billingsley after the tragic death of Bruce Harlan.  When Billingsley retired four years later, Kimball teamed with Ron O’Brien.  Presently Kimball runs a successful summer diving camp in Brandon, Florida.  Two of his world class divers have been his own son, Bruce, and daughter Vicki.