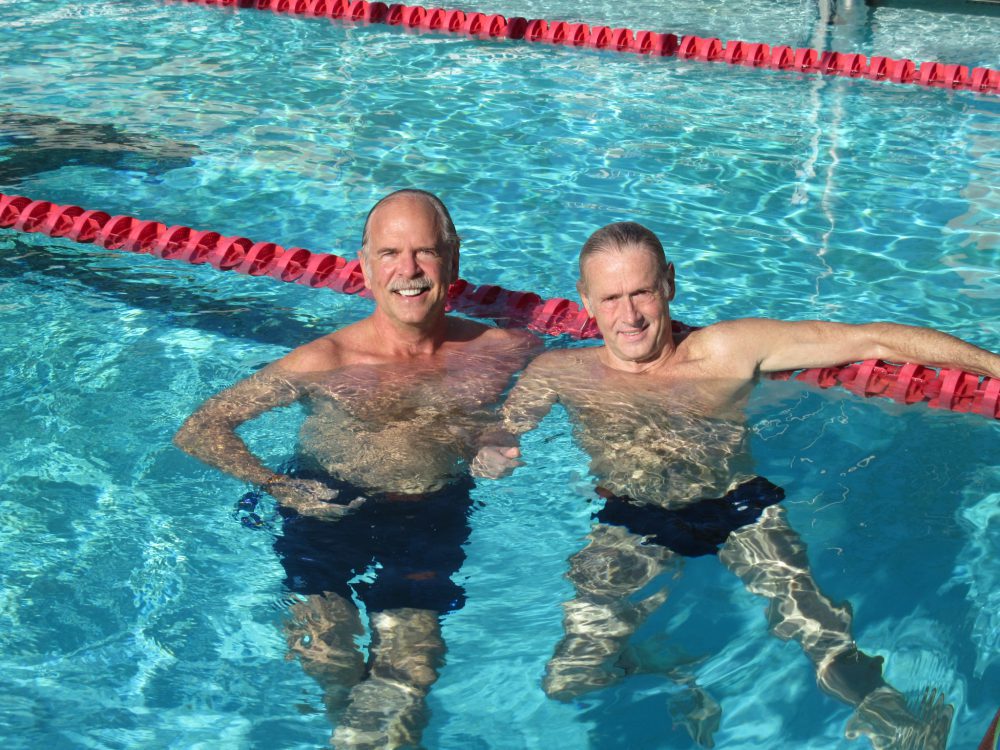 Six foot-six inch John Naber (USA) was high man at the 1976 Montreal Olympics, winning four gold medals all in World Record time and taking a silver in the 200 meter freestyle behind his USC teammate Bruce Furniss, who set a world record to beat Naber.  John’s honors were highlighted but not limited to the Olympics.

He won the Sullivan Award as the USA’s No. 1 athlete in 1977, was 1976 Southern California Athlete of the year, 1976 World Male Swimmer of the year, and was even named USA Sportsman of the year by the USSR’s Tass News Agency.

As an indication of things to come after competition, as an inspiration to to other swimmers, he was the first American swimmer awarded the Trophy of the International Committee for Fair Play in Paris, France for the year 1977.  He pays his debts to swimming every day with his inspirational speaking tours, sportscasting, and as a consultant to MacDonald’s in the sponsorship of age group swimming, and a traveling ambassador for Speedo.  He was also a member of the 1984 Los Angeles Olympic Games Organizing Committee. He lived it and tells it like it was and has a message for everyone.  John Naber makes us all feel like we could be winners!