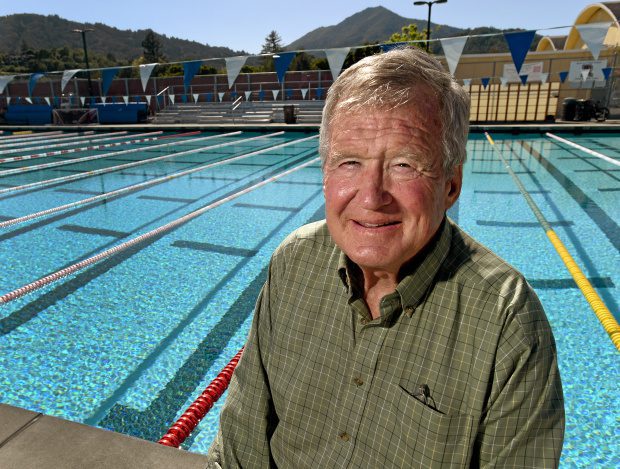 Steve Clark was inducted in ISHOF’s second class of Honorees, which shows you how great he was.  This was his bio back then, in 1966.

Steve Clark swam the 1960 Olympics out of Los Altos High School and the 1964 Olympics out of Yale and Santa Clara.  He won five NCAA individual championships at Yale and six AAU titles for Santa Clara Swim Club.  He won three gold medals at the Tokyo Olympics in 1964, setting a world record of 52.9 for the 100 meter freestyle.

Clark’s nine world records would have been at least 29 in an earlier time when FINA was accepting short course times for 50, 100, 200 and 220 yard, 100 meter and 200 meter freestyle.  Steve Clark was Santa Clara’s first great male swimmer at the time Hall of Famer Chris Von Saltza was Santa Clara’s premier woman swimmer.  Whereas Chris’ father characterized Chris by saying, “The longer the distance, the better the Von Saltza”, he might have added, “and the shorter the distance, the better the Clark.”

In speculating on what might have been, swim buffs will always wonder on the fate that might have kept Steve from being the first man to win four gold medals in an Olympiad.  Steve had tendonitis in his shoulder during the USA’s sudden-death Olympic Trials.  His fourth place made the team, but only as a relay swimmer.  By Tokyo, the tendonitis was gone, but U.S. rules limited Steve to three relays and three gold medals.  He started off the 400 freestyle relay in the fastest gun start 100 of the Olympics.  It was a new world record, but Steve didn’t get to do it when it would count for that fourth gold medal.

Clark’s book, Competitive Swimming As I See It , was a swimming best seller.