Highlights From the International Swimming Hall of Fame Induction Ceremony 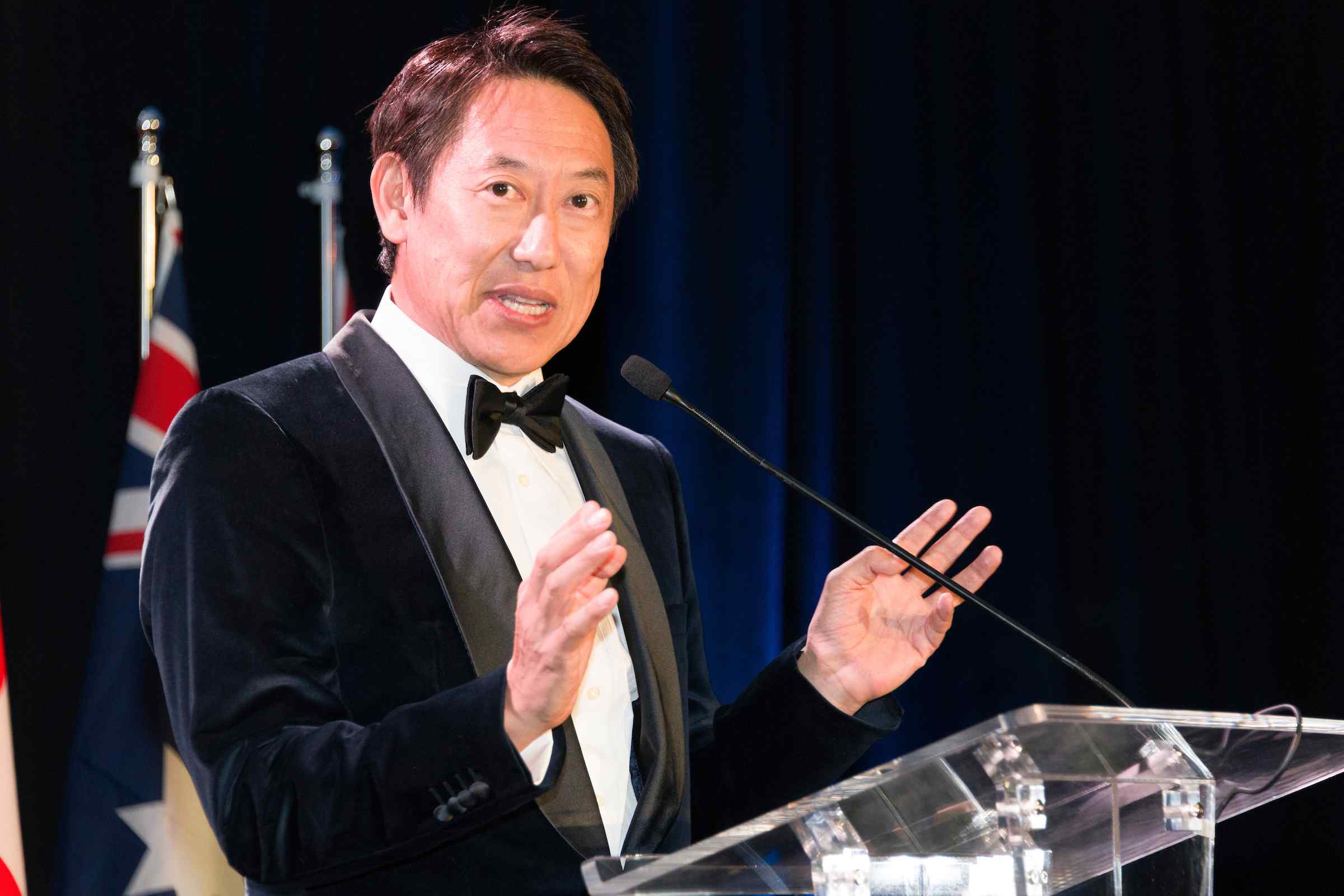 Highlights From the International Swimming Hall of Fame Induction Ceremony

Throughout the International Swimming Hall of Fame induction ceremony over the weekend, members of the Class of 2022 shared numerous stories during their enshrinement speeches. It was truly a celebratory event in Fort Lauderdale, the 57th of its kind. Here are a few highlights from this special evening.

• The 1988 Olympic champion in the 100-meter backstroke, Japan’s Daichi Suzuki was known for his underwater prowess, and that theme was a big part of Suzuki’s induction. During his speech, Suzuki acknowledged rival David Berkoff – who revolutionized underwater kicking – for laying groundwork and motivating him to elevate his performances.

Adding to the underwater theme was the fact that Suzuki was presented with his Hall of Fame sash and award by Jesse Vassallo, the 1980 and 1984 United States Olympian. In the late 1970s, it was Vassallo who first introduced the benefits of underwater power, which play a critical role in the sport today.

• At the 1984 Olympics in Los Angeles, West Germany’s Michael Gross was the heavy favorite to claim gold in the 200 butterfly. Instead, Australian teenager Jon Sieben, on the strength of a phenomenal last lap, reeled in the field and registered one of the great upsets in the sport with a world-record performance of 1:57.04.

Because the trip from his homeland to Fort Lauderdale is lengthy, Sieben indicated there was an initial uncertainty as to whether he would attend the induction ceremony. But once he heard that fellow 200 butterfly star Craig Beardsley was being enshrined, too, the decision to make the long trip was a no-brainer.

Sieben elicited a number of laughs from the audience, especially when he spoke of downing several beers – in grand Aussie fashion – with anyone who wanted to join the post-induction gathering at the hotel bar.

• Craig Beardsley undoubtedly had the biggest support family in attendance, as he was joined by a collection of his 1980 Olympic teammates and fellow University of Florida Gators. Due to the boycott of the 1980 Olympics by the United States, Beardsley never got the chance to race at the Games, and the two-time world-record setter made a plea for politics to never again short-circuit athletic dreams in similar fashion.

As Beardsley walked onto the stage to give his speech, he was met with a standing ovation from his friends. A longtime fundraiser for Swim Across America, Beardsley spoke about compassion and kindness changing the world, and how we all can make a difference. He then invited his 1980 Olympic teammates to the stage as he received his awards.

• Australian great Michael Klim had the chance to cherish his induction with his parents (Wojtek and Ewa) and girlfriend, Michelle Owen, by his side. Klim was recognized for an illustrious career that featured six Olympic medals and 54 overall medals from international competition. At the 1998 World Championships in Perth, Klim walked away with seven medals.

Growing up, Klim moved around the world due to his father’s work. During his speech, the freestyle and butterfly star noted the importance of swimming in providing stability and consistency to his life. Although he may have had an adjustment period with each move, the pool acted as a security blanket for Klim, who could immediately connect with the water.

Several months ago, Klim revealed he is battling Inflammatory Demyelinating Polyneuropathy (CIDP), a neurological disorder that progressively weakens function of the arms and legs. The Aussie first experienced symptoms, including numbness in his feet, a few years ago. In the face of his medical condition, Klim looked great at the ceremony and even logged some laps at the Hall of Fame Aquatics Center prior to the evening festivities.

• Australian diver Matthew Mitcham, who secured Olympic gold in the 10-meter platform event at the 2008 Games in Beijing, took a moment to pay tribute to his idol, Greg Louganis. Mitcham noted that Louganis was first an idol based on his diving excellence, but soon became one of his heroes in life. It was fitting, then, that Louganis presented Mitcham with his honors.

• Inducted into the Hall of Fame as an Honor Contributor for her years of service as an official with USA Swimming and FINA, Carol Zaleski shared a story of getting involved in the sport. When her kids were competing, she recalled seeing other parents on deck as timers, and thought it was a great way to get closer to the action and give back. Years later, Zaleski’s time in the sport is defined by giving back – on the national and international levels.

• With the induction of Australian coach Ursula Carlile, she joined her husband, Forbes Carlile, as Hall of Fame honorees. The Carliles are the first husband-wife coaching combination to be inducted into the Hall, recognition that was earned for years of guiding premier Aussie swimmers, including Shane Gould, and operating the Carlile Swim School. Carlile could not attend the ceremony, but she recorded an acceptance video which was played for audience.

• Water polo star Mirko Vicevic, who represented Yugoslavia and Montenegro on the international stage, was the first honoree of the evening and had the chance to enjoy the night with some of his coaches and former teammates. Vicevic was a gold medalist in Olympic and World Championships competition and expressed appreciation for the individuals who enabled him to reach the pinnacle of his sport.

• Feted as an Honor Contributor, Peter Hurzeler of Swiss Timing has had a major impact on the sport in regards timing, starting-block technology and backstroke ledges. During his speech, Hurzeler emphasized the importance of listening to athletes and their suggestions to make the sport better.