How an American Swimmer Melted the Ice of the Cold War

In 1987, Lynne Cox convinced Mikhail Gorbachev to let her swim across the Bering Strait between the U.S.A. and the USSR. In doing so, she demonstrated to both superpowers how close their people really were, and helped to thaw Cold War relations.

In the middle of the Bering Strait, the border between the Diomede Islands – Soviet Big Diomede and U.S. Little Diomede – was known as the “ice curtain”. This is the only border the U.S. shares with Russia. This border is also the International Date Line so Lynne’s swim was truly a journey in to the future.

Before a shift in Soviet and U.S. policy in 1948, indigenous Inupiat tribes had been hunting, fishing, and moving between these islands for thousands of years. But as Cold War tensions rose, native people were stripped of their lands, traditions, and the friendships they had made across the border, as Big Diomede was turned into a Soviet military reservation. 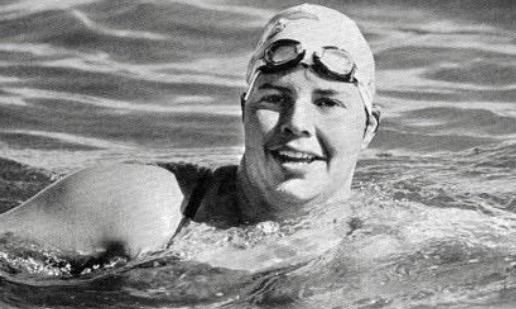 In 1971, at the age of 14, Lynne Cox swam across the Catalina Channel, and at 15 and 16, she made record-breaking swims across the English Channel, each time breaking both men’s and women’s records for swimming from England to France. In 1975, Lynne became the first woman to cross the Cook Strait, between the North and South Islands of New Zealand. The next year she became the first person to swim the Strait of Magellan, and the first to swim around the Cape of Good Hope in South Africa. It was after these swims that she envisioned swimming across the Bering Strait, from Little Diomede, Alaska, U.S.A.  to Big Diomede, Siberia, USSR. But first, Lynne had to secure special permission from the Soviet government. Over the course of 11 years, she wrote to four different Soviet leaders: Leonid Brezhnev, Yuri Andropov, Konstantin Chernenko, and Mikhail Gorbachev. Her only response came from the latter. Approval from President Gorbachev was received only one day before Lynne was planning to swim. 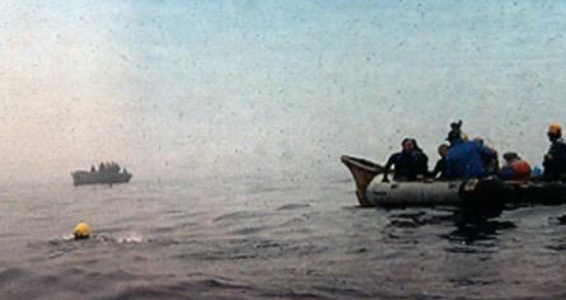 On August 7, 1987, thirty-year-old Lynne jumped into the icy water off Alaska’s Little Diomede wearing swimsuit, cap, and goggles, and swam toward the Soviet border. In addition to making athletic history, her swim was dedicated to scientific purposes – so that a research team could examine her body’s reaction to cold water.

At the midway point, a 20-foot Soviet vessel joined her escort boats. Although the distance was only 2.7 miles, due to the strong current Lynne had to swim over five miles for two hours and six minutes to reach the Soviet Union. Her hands turned grey and her limbs stiffened in the 38-degree water. Not only was she the first person to accomplish this daring feat, she also succeeded in bringing the Soviets and Americans closer together. 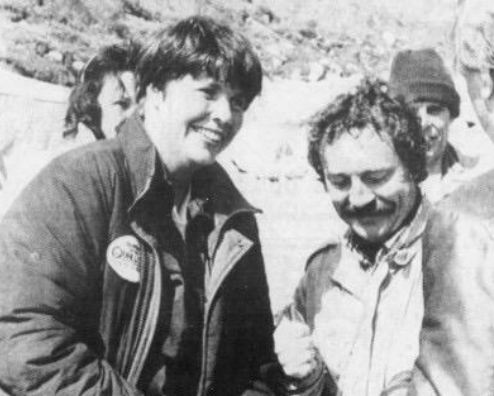 When she reached shore, Lynne was warmly greeted by about 30 Russians including regional government officials, members of the KGB, and Soviet Olympic athletes. They escorted her to a platform where a picnic had been prepared, with samovars of tea and biscuits, and presented her with flowers and a pair of handmade slippers. As Lynne answered journalists’ questions she started cooling down and was about to go into hypothermia when a Soviet doctor, Rita Zakharova, led her into a charcoal-heated tent and covered her with hot water bottles and a sleeping bag. Then, remarkably, the doctor embraced Lynne to warm her. “To have this human contact,” said Lynne in an interview with the BBC, “after so many years growing up afraid of the Soviets – and here was this person basically warming me up to get me back to life again.” As a special surprise, the Soviets invited Inupiat natives to the gathering where they sang folk songs as Lynne recovered.

When Lynne was presented with the slippers, an interpreter explained that they were made from seal skins and had been hand sewn for her by an Inupiat woman whose family had lived on Big Diomede Island, USSR, until they were removed by the Soviets and relocated to the Siberian mainland. She had gone to the trouble to learn Lynne’s shoe size and they fit perfectly. “While the slippers were warm,” Lynne says, “they were extremely slippery, making it difficult to walk on the icy rocks and snow to the warming tent.”

Four months after her historic feat, the U.S. and the USSR reached an agreement to eliminate their short and intermediate-range missiles. During the ceremony at the White House in Washington, Gorbachev led everybody in lifting their glasses for a toast:

“Last summer it took one brave American by the name of Lynne Cox just two hours to swim from one of our countries to the other. We saw on television how sincere and friendly the meeting was between our people and the Americans when she stepped onto Soviet shore. She proved by her courage how close to each other our peoples live. 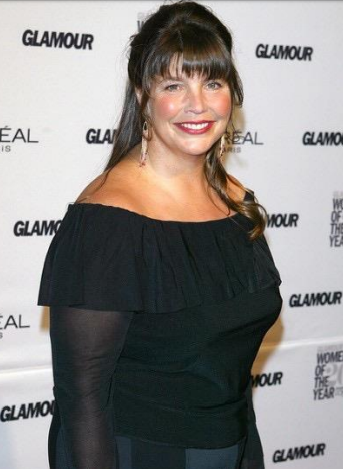 World-renowned Swimmer Lynne Cox arrives at the 2003 Glamour “Women of the Year” Awards at the American Museum of Natural History, Nov. 10, 2003 in New York City.  AFP

Not only is Lynne an accomplished open water swimmer, she is a New York Times bestselling author and highly-regarded motivational speaker. She has called her Bering Strait swim- “the most significant experience of her life.”