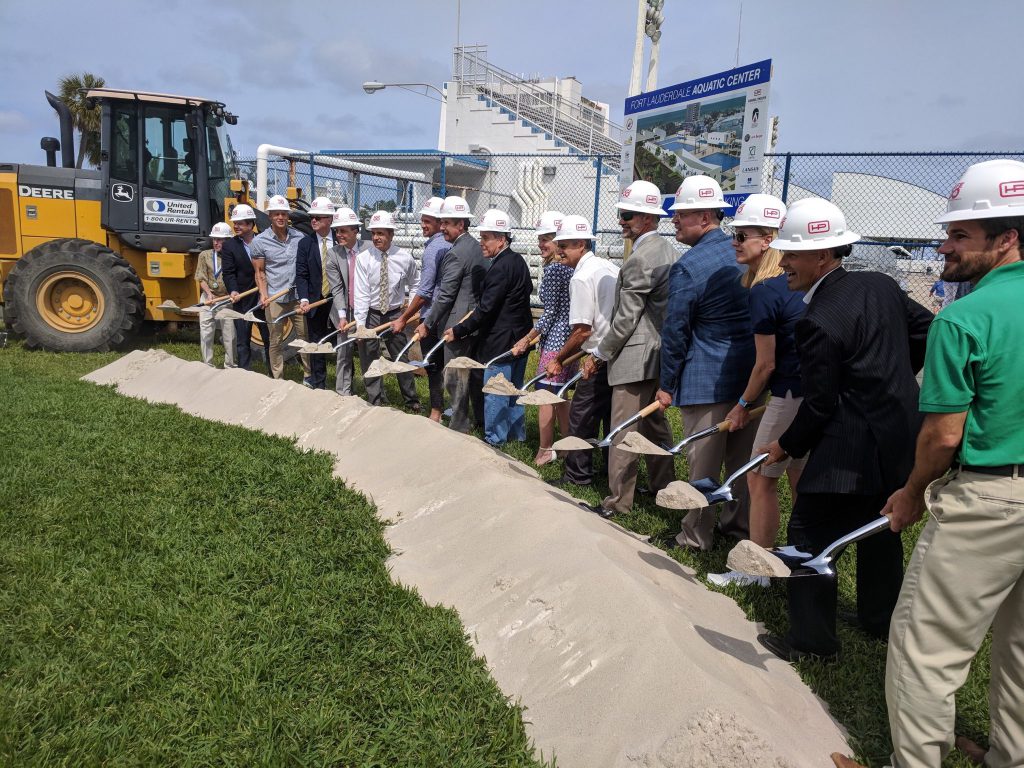 “Time took its toll on this facility and it is no longer up to standard. But I believe that the new facility that is going to be built is going to bring this area back to the center of Fort Lauderdale,”-Ron O’Brien, five-time Olympic diving coach.

“This was our home and we were sad it wasn’t kept up. And we were very sad that it might have to go. The same way, we are very happy today. This is not only south Florida’s  of swimmers, but the whole world looks up to the place. And many kids all over the place want to be a part of that,”-Jesse Vassallo, 1980, 84 US Olympian.

“I have to thank Mayor Dean Trantalis, Commissioners Steven Glassman, Ben Sorensen, Heather Moraitis and Bob McKinzie. Without their votes taking this thing over the finish line, we wouldn’t even be here. The memories here with the Hall of Fame as an internationally recognized institution have only been run by the passion of the staff for so many years. I have to recognize Laurie Marchwinski, Ivonne Schmid, Meg Keller-Marvin, Bruce Wigo, without their daily dedication to run this thing with the passion they did we would not be here today,”-Brent Rutemiller, ISHOF CEO.

Olympians Jesse Vassallo, Ryan Lochte and Caeleb Dressel were also on hand to celebrate the groundbreaking of the new renovations to the pool. 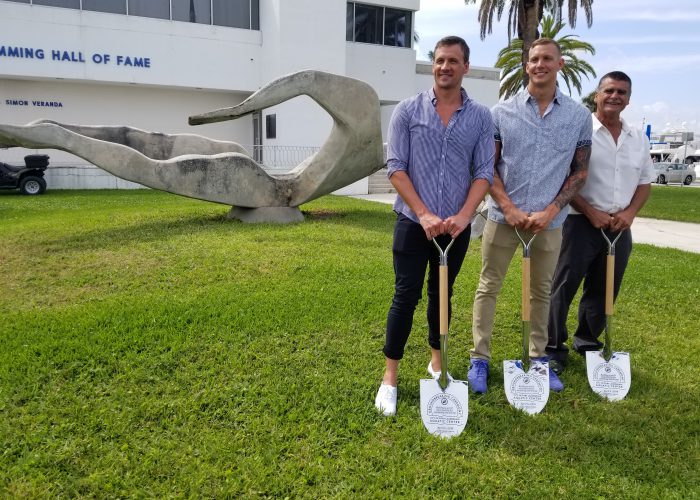 The renovations will include:

The Fort Lauderdale Aquatic Complex has been in place since December 1965 when the International Swimming Hall of Fame inducted its first class. Since then, it has played host to numerous international and national level events in aquatic sports and has had ten world records fall from swimming legends Mary T. Meagher, Michael Phelps and Natalie Coughlin.

The main competition pool is currently closed and the facility will officially close April 17. The finished renovations are scheduled to finish in October 2020.

Get well soon, Swimming Hall of Fame! I am no Lochte or Phelps, but I appreciate your allowing me to enter and swim 50 meter laps until I collapse from fatigue, which takes about 20 minutes.

Have you ever been to a wedding reception? You may have seen how a wedding cake looks like. There is an above-ground pool ladder that resembles a wedding cake and rightfully so, is called the wedding cake steps. Poolleiter