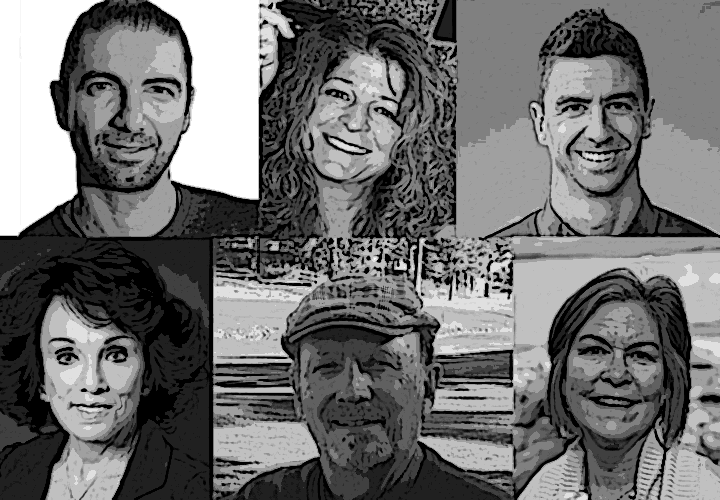 The Following Individuals Will Be Recognized: 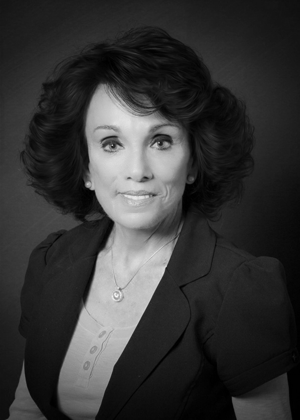 The Awards and Recognition Committee of the International Swimming Hall of Fame is pleased to announce the recipients of the 2018 Harold Martin Award to Lana Whitehead.  The Harold Martin Award is presented to someone for long and exceptional leadership, insight and dedication to the water safety of children and the cause of making Every Child A Swimmer.

Lana Whitehead has owned and operated SWIMkids USA for 43 years. She is a member of the American College of Sports Medicine and was a representative of the Sports  Delegation to China in 2009 where she presented at the Beijing Sports University. She has authored five books on swimming and development. She has lectured nationally and internationally at many conferences and government forums. Her method has been featured nationally on the NBC TODAY Show, Good Morning America, CBS Morning Show. That’s Incredible, Disney’s Epcot Magazine, Montel Williams Show, Omni’s Medical Documentary and PM Magazine. Her articles have been featured nationally in PARENTS Magazine, Parenting Magazine, Brain World Magazine, American Baby Magazine, Babytalk Magazine and Pregnancy and Newborn Magazine. Lana received a BA in Exercise Physiology and a Masters in , specializing in Sensory Integration. Lana has been involved in competitive swimming as a coach, State and National USA Swimming Official.

Lana was named Community Lifesavers of the Year in 2011 by the National Drowning Prevention Alliance. She received the Western Region Award for outstanding efforts, accomplishments and contributions to water safety by the National Water Safety Congress in March of 2013. In 2012 and 2007 she received the Hall of Fame and the Humanitarian Award from the United States Swim School Association for outstanding service to the local community. In 2012, 2013 Lana and her SWIMkids received the Best of Aquatics Awards from the Aquatics International Association. She received the Health Care Heroes Award from Phoenix Business Journals in 2014 and the Best of Aquatics Community Outreach Award from Aquatics International Magazine. USA Swimming awarded Mrs Whitehead with the Adolf Kiefer Safety Commendation Award in 2015. In 2016 she was the winner of the  Leadership Award for Community Impact from Arizona Business Association. In 2017 Ms Whitehead received the Spirit of Enterprise Award for Social Impact from Arizona State University’s J.P Carey’s College of Business.

About G. Harold Martin: Back in 1908, G. Harold Martin almost drowned in the Ohio River. Over the next two decades he almost drowned two more times. From these experiences evolved a mission to make “Every Child A Swimmer.” His civic involvement led to the building of Fort Lauderdale, Florida’s first municipal pool in 1927, Kiwanian sponsored free swim lessons at the pool and eventually the decision by ISHOF to locate in Fort Lauderdale. An active Kiwanian his entire adult life, he was instrumental in making the Key Club an integral Club within Kiwanis International and the adoption of Every Child A Swimmer as a Kiwanian Project. 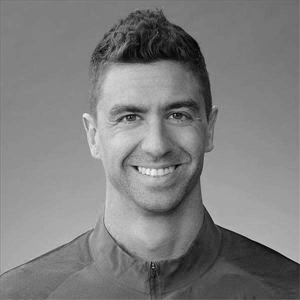 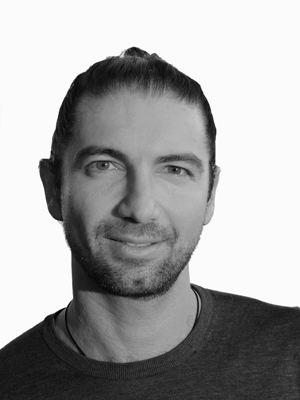 The Awards and Recognition Committee of the International Swimming Hall of Fame is pleased to announce the recipients of the 2018 Buck Dawson Author’s Award: Anthony Ervin and Constantine Markides “Chasing Water: Elegy of an Olympian”.  This award is presented by ISHOF in the name of William “Buck” Dawson, ISHOF’s founding Executive Director, to authors of works that positively promote and educate people about swimming.

Dawson was a veteran of WWII who served as assistant and publicist for Generals Gavin and Ridgeway in the 82nd Airborne. From the time he was chosen to lead ISHOF in 1962, until his death in 2008, Buck traveled around the world armed with Hall of Fame brochures, books and bumper stickers, always spreading the word, always willing to talk and teach swimming and swimming history, to anyone who would listen. He wrote hundreds of articles and was the author of eight books, ranging in subjects from bathing beauties to war, but especially swimming. The Awards will be presented to the recipients in conjunction with ISHOF’s 54th Annual Honoree Weekend, on Friday, May 18th, in Fort Lauderdale, Florida.

Anthony Ervin – is a four-time Olympic medalist, claiming the title of the fastest person on the planet, both in 2000, as well as 16 years later by claiming the Olympic title in the 50-meter freestyle at the 2016 Rio Olympic Games.

Anthony’s story is especially unique and interesting, in that his family tree represents a broad demographic of Jewish and African-American descent, truly embodying the diversity of our modern world.  Over the years, Anthony has grown to embrace his place in the world, as an opportunity to reach out and try to give back.  He auctioned off his 2000 Olympic gold medal on eBay and donated the proceeds to tsunami relief in Southeast Asia.

At the 2016 Olympic Games in Rio, Ervin “wrote” the most fitting afterward to his astonishing story by winning two gold medals, becoming the oldest swimmer (from any nation) to win a gold medal in an individual race, and in finishing first in the 50-meter freestyle once again earning the title of fastest human in the water.

Constantine Markides – is A NYC-based writer and former correspondent for the daily newspaper, Cyprus Mail, Constantine reported from over a dozen countries in four continents.  In covering the 2006 Lebanon War, he worked with CNN’s Anderson Cooper and was featured on CNBC and NPR’s Marketplace.  As a reporter, he contracted malaria in Kenya, got showered by leaflets from an exploding artillery shell in Beirut, and witnessed a Cypriot photographer break a limb off an ancient bonsai tree in Shanghai while trying to photograph the President of Cypress.

Constantine met Anthony Ervin in 2009, in Brooklyn, New York, when they were both swim instructors for Imagine Swimming.  They immediately became friends as they shared similar interests, aquatics, although they didn’t talk about it much in the beginning of the friendship, and things literary, which led them to their collaboration on the book. 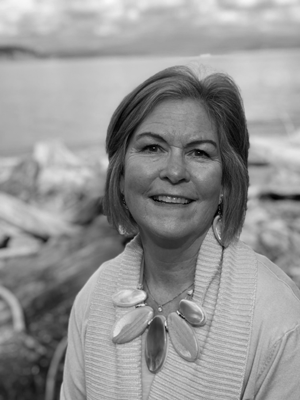 The Adapted Aquatics Committee of the International Swimming Hall of Fame (ISHOF) is pleased to announce that Kathy Bateman, will receive the 2018 John K. Williams, Jr. International Adapted Aquatics Award. The annual award, honoring individuals or organizations who have made significant and substantial contributions to the field of adaptive aquatics is presented by S.R. Smith, a world-leading manufacturer of commercial and residential swimming pool deck equipment headquartered in Canby, Oregon.

Bateman has been an advocate for adapted aquatics for many years. She has effectively developed, led, trained and consulted personnel in interacting with and leading programs forthose with special needs in aquatic and equine environments. Bateman has ten years’ experience with the Seattle Children’s Hospital working with physical, emotional, and mentally challenged individuals and their families in both aquatics and land environments. 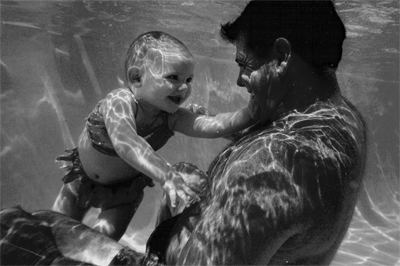 The Awards and Recognition Committee of the International Swimming Hall of Fame is pleased to announced that Johnny Johnson will be the 2018 recipient of the Virginia Hunt Newman International Award.  The award is sponsored by Kiefer, the “Keep em Swimming” Company founded in 1947 by Hall of Fame swimming great, Adolph Kiefer, this award annually recognizes outstanding individuals who have made significant contributions in the field of infant and young child swimming instruction in the name of the “Mother of Infant Swimming,” Virginia Hunt Newman.

Johnny Johnson has journeyed from being a student in 1959, to teacher, and now owner of the Blue Buoy Swim School in Tustin, California.  In the past 51 years, he has taught thousands of children to swim and is now teaching many third-generation students.

Blue buoy is a charter member of the United States Swim School Association, and Johnny is a past president, having served on the Board of Directors on two occasions.  In addition to seven years of board service he co-chaired the USSSA Infant Toddler Committee and co-authored the teaching course, along with Virginia Hunt-Newman, that has been taken by thousands of instructors worldwide.  Johnny was awarded the USSSA Guiding Light Award in 1996 and in 2004 he was recognized for his lifelong contributions to swimming and water safety with his induction into the USSSA Hall of Fame. 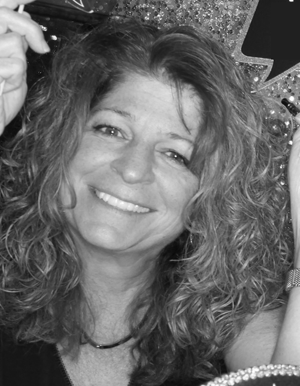 DeMario is an extremely talent artist, as well as a graphic designer.  Through the years, Gay has helped create ISHOF programs, yearbooks, displays, brochures, fliers, books, photo exhibits, signage, traveling exhibits, ad specialty designs and many other things.  Gay has been helping ISHOF for more than 30 years and she has designed the cover of the ISHOF yearbook since 2006 and continues to be an integral part of the team. 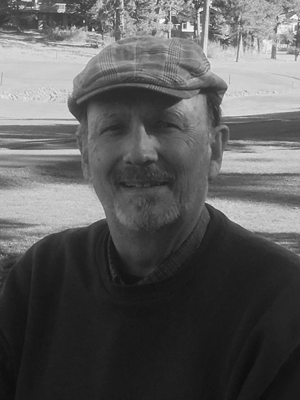 The Awards and Recognition Committee of the International Swimming Hall of Fame is pleased to announce the recipient of the 2018 Al Schoenfield Media Award will be Bob Ingram.  This award is presented by ISHOF in memory of Al Schoenfield, for outstanding contributions to the promotion of aquatic sports through journalism.

Al Schoenfield was the Editor and Publisher of Swimming World Magazine (1960-1977) and served on various international committees of swimming, including the FINA Technical Swimming Committee (1980-1984).  Al’s life was a commitment to swimming.  He participated in its administrative structure and spread its stories through his magazines and promotions.  Al died in 2005, but his legacy will forever endure to all who have benefited from his lifetime of service to swimming.

Bob Ingram is the senior editor of Swimming World Magazine since the early 70’s and worked along side Schoenfield. He has been involved in aquatics for nearly half a century (47 years), traveling the world extensively and covering all levels of competition. During the last 18 years, Ingram has primarily been responsible for the editing and production of the Swimming World Magazine, Swimming World Biweekly Magazine and Swimming Technique Magazine. His love for swimming and his ability to work with designers, photographer, and writers as proven to be invaluable to the swimming community.

In addition to his responsibilities at Swimming World, Ingram helped proofread and edit two books: “Character & Excellence” by Mike Gosman (1998) and “The History of Olympic Swimming” by Peter Daland (2009).