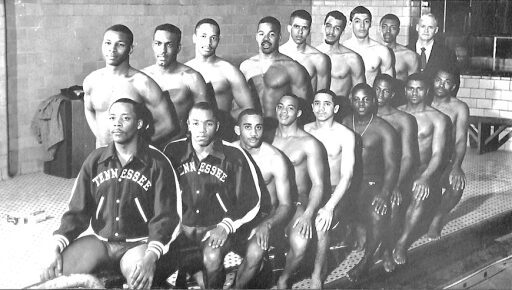 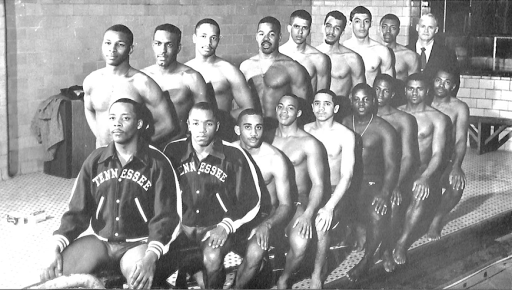 The Tennessee State University Tigersharks finished the 1960 – 61 swimming season with a 6 – 1 record, losing only to Indiana’s Ball State University, one of two white schools willing to swim TSU. The first time they met in the 1950s, TSU won.  Co-captain Clyde James, was a finalist in the NAIA National Championships in the 100 yard butterfly.  Clyde went on to become a legendary coach at the Brewster Recreation Center and Martin Luther King HS in Detroit.  Tennessee State started its swimming team in 1945 and it’s coach, Thomas “Friend” Hughes was the first African American accepted as a member of the College Swimming Coaches Association in 1947.