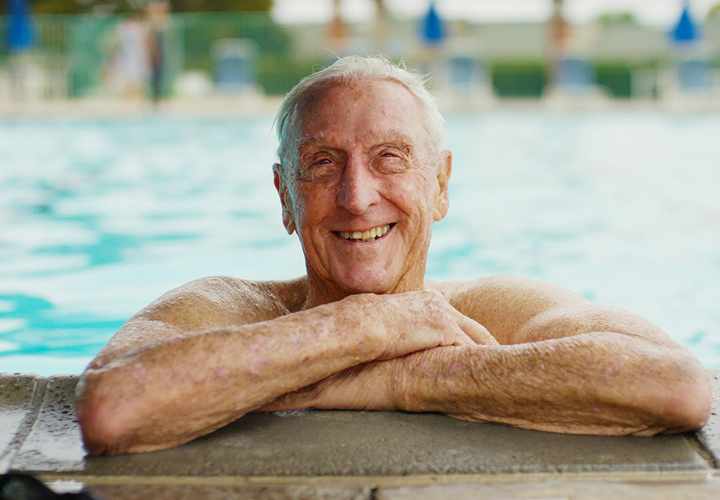 The Induction will be held in conjunction with the United States Aquatic Sports convention.

Schmidt has been ranked in the Top Ten for 43 years. He has competed in two FINA Masters World Championships,1988 and 2006, winning one gold, four silver and two bronze medals.

Schmidt’s biggest change in competitive swimming came in 1973 when he read an article in the Chicago Tribune about an upcoming national long course meet at Circle Campus (University of IL) in August 1973.  Schmidt then joined the Ryall Masters.  He placed in the Top 5 in the 50-54 age group and swam against ISHOF Honoree Doc Counsilman in the 1500m freestyle.  He was hooked.   During the next few years he was involved with Paul Huntinger, Bobbi Turcotte and Frank Havlicek in forming the Illinois Masters and putting on swim meets.

Schmidt’s most memorable moment in Masters was winning the 50m butterfly and 100m freestyle, plus swimming on the National Record setting 200m freestyle and 200m medley relays.  It took him five years to accomplish this and he did it at Brown University long course meet in 1978.

Another love of Schmidt are the open water and distance swims. One of the best was a six over 60 age relay, swimming from San Pedro, California to Catalina Island in September 1985.  Not only did they finish it but also set a new record in their age group.

In 1989 he moved to Lompoc, California to take care of his parents who were in their 90’s. During those years he never stopped competing and swam for various clubs. In Lompoc he started working out with his best friend, IMSHOF Honoree, Frank Piemme. They went to all the local meets and some Nationals Championships.

Masters Swimming has been Schmidt’s life saver.  The camaraderie and many lifelong friends that he has made during his 43 years in Masters Swimming are things he will never forget. With the help of his fitness routine he continues to be a complete, healthy, happy person.  His attitude, compassion, and desire to swim another day has made it possible to lovingly care 24/7 for his wife, who suffers from Alzheimer’s Disease.

Schmidt will be inducted as part of a group of nine (9) outstanding individuals will be inducted at the IMSHOF’s annual ceremony. The event will be held at the Hyatt Regency Jacksonville Riverfront in conjunction with the 2018 United States Aquatic Sports XXXVIX Convention.

The event is open to the public  of charge. Book Your Hotel