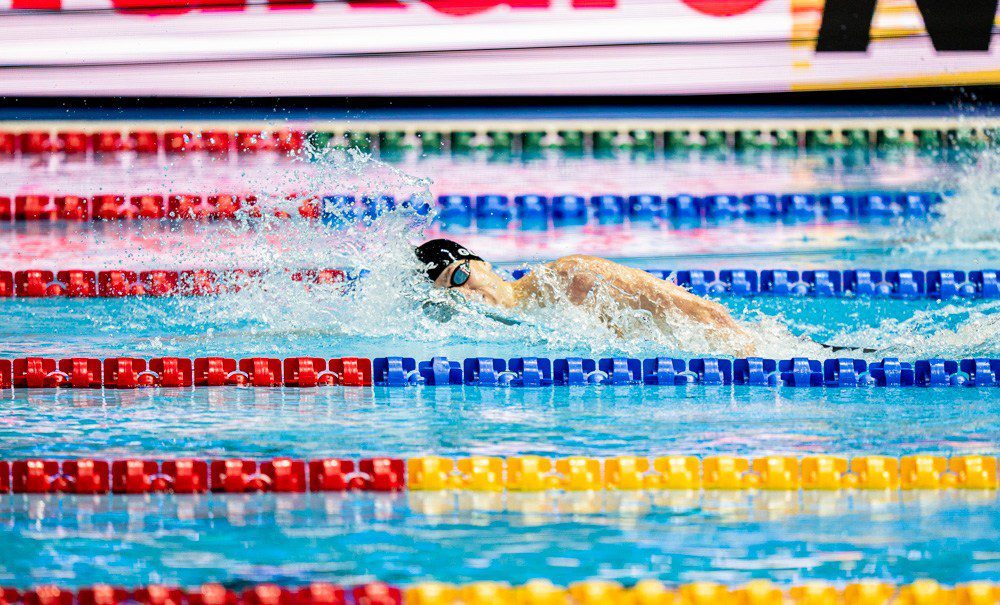 The start lists for the men’s 4×200 free relay were made available before the start of Friday’s finals at the 2019 FINA World Swimming Championships in Gwangju, South Korea.

Great Britain, the United States and Australia are expected to vie for the gold medal along with China, Italy and Russia.

Great Britain has won the last two World titles in this event in 2015 and 2017 and will be swimming Duncan Scott, Calum Jarvis, Tom Dean and James Guy. Scott tied for bronze in the 200 free individually while Guy just missed the final, but had a solid 1:45 swim.

The Americans were the last team to win before the British started a streak in 2015. The Americans are the third seed and are a favorite to win a medal, despite not having a finalist in the individual 200 free. Andrew Seliskar, Blake Pieroni, Zach Apple and Townley Haas will represent Team USA. Apple and Pieroni have been solid on the US free relays this week with Apple splitting a 46.8 earlier in the week.

Australia will be tough as they have Clyde Lewis, Kyle Chalmers, Alexander Graham and Mack Horton on their team. The Aussies will be front loading their team with Lewis and Chalmers up front. Lewis was sixth in the individual 200 free but was a 1:44.9 in the semifinals. Chalmers was a bit off in the 200 free semi but was second in the 100 free last night.

China and Russia are also two countries that could play spoiler. China has an underrated team with Ji Xinjie, Wang Shun, Xu Jiayu and Sun Yang. Xu dropped out of the 200 back semifinals last night in order to focus on the relay tonight, meaning China thinks they can do damage in this event. Wang has always been a solid 200 freestyler while Ji was a 1:45.88 in the semifinals and just missed the final. Sun was the World Champion in the 200 free this week and has the fastest relay split in history (1:43.16).

Russia has a chance to win three gold medals tonight in individual events and they also have a very strong team in this men’s 4×200 free relay. The team of Mikhail Dovgalyuk, Mikhail Vekovishchev, Aleksandr Krasnykhand Martin Malyutin will be very dangerous in the final. Malyutin won the bronze medal in a tie with Scott while Dovgalyuk was a 1:46.2 in the semifinals. Vekovishchev and Krasnykh were on the silver medal winning team in 2017 so they have the experience.

And yet none of those teams are the top seed.

Italy’s team of Filippo Megli, Gabriele Detti, Stefano Ballo and Stefano di Cola will be swimming in lane 4 tonight. Megli was fifth in the 200 free at 1:45.67 while Ballo (1:45.60) and di Cola (1:46.10) were solid on the back half this morning. Detti is the only unknown here since he didn’t swim this morning but he has a strong pedigree so the Italians won’t have to worry about him.

This will be one of the can’t miss races of the night.