MISHOF Honoree Rich Burns is One in A Thousand! 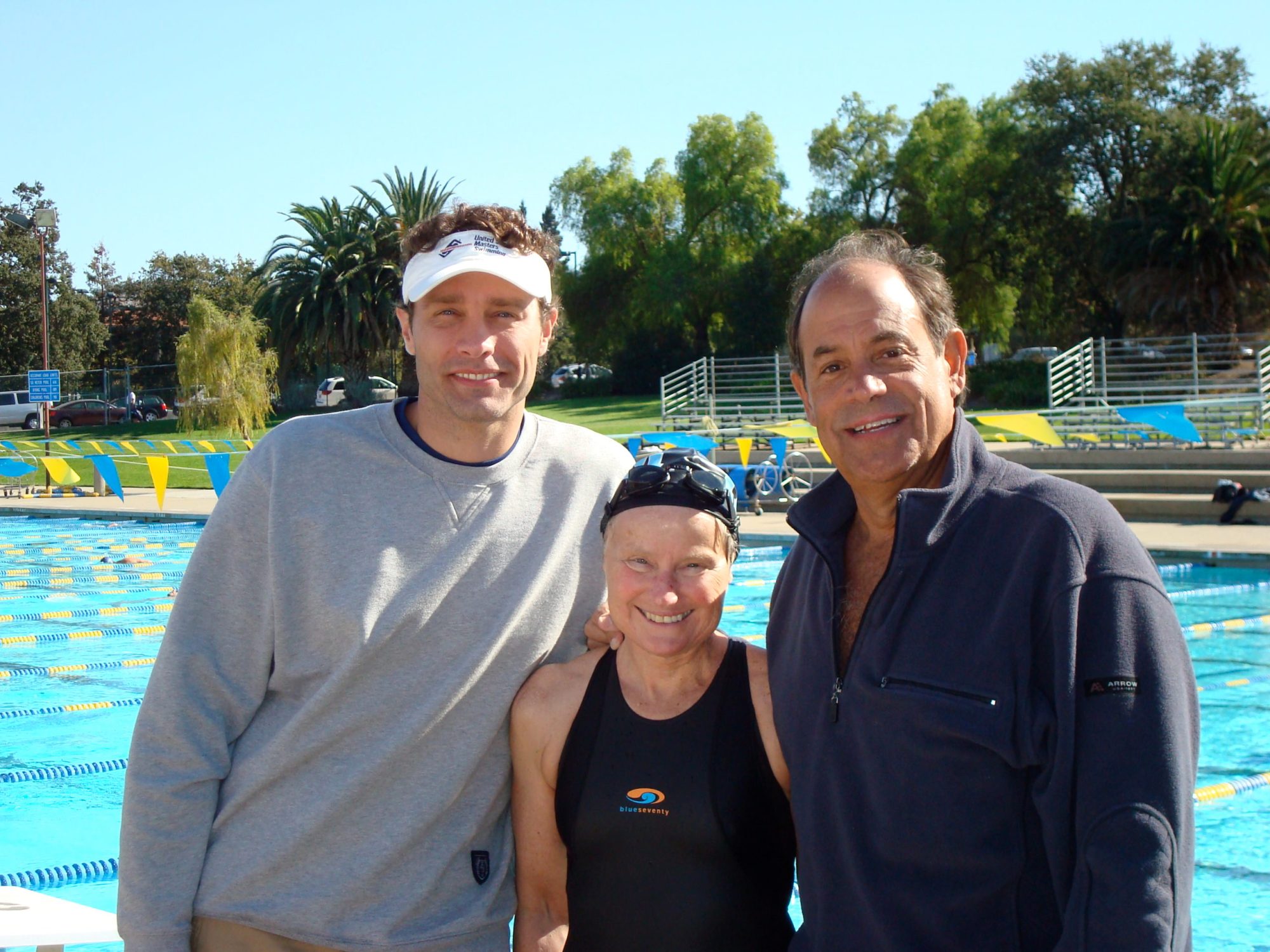 Masters Hall of Fame swimmer Rich Burns has joined ISHOF’s “One in a Thousand campaign,” designed to help the hall prosper during the difficult financial times of the COVID-19 pandemic.

“I feel like I’ve always had a connection or affiliation to the Hall of Fame. The first time I ever swam down there was as a high school team in 1960 at the old casino pool, before the museum was even built. One of the people I worked with was on a team with the architects that designed the building so I was very familiar with the complex that was being developed and I had been a part of the swimming community for almost 75 years and I consider that to be the Citadel of swimming and the repository of everything swimming stands for. I have been a long time supporter.

“It was especially meaningful when they added Masters to the Honoree contingent and when I was inducted into the Masters Hall of Fame in 2010, it was almost as if it had become a part of your whole dynamic as a swimmer.

“So when they introduced the one in a thousand to show support, I had been a member for as long as I could remember. This struck me as a way of attributing in a sustainable way, and particularly having that coincide with the reconstruction of the facility made it more important and significant. It was almost a small-token way in helping guarantee the future of the facility. There is something important in keeping the Hall of Fame in the place where it was born and has established its legacy.”

Burns, a long-time masters swimmer would frequently attend Masters Nationals when the meet was in Fort Lauderdale and is eager for the facility to finish construction so the meet can return to the site, which had become a fan favorite of fellow masters swimmers.

Burns is still swimming, even in the difficulties of the COVID pandemic. He lives in the Bay Area in northern California, and has shared a video with us about how he has adjusted his water time during the odd year that was 2020:

“We have discovered that there are tremendous number of places that we can access water that are pretty attractive. They opened the pools in the summer and the rules were very Draconian with no locker rooms and only one per lane and no socializing, really. There is a reservation system that can get very convoluted – it’s a lot like trying to get a seat on Southwest Airlines, waiting for the moment when the clock strikes to reserve your space. We are nowhere near getting back to normal but I have probably swam more now than before. Workouts are shorter – we are in the water less than an hour.”

If there is a common thread to Rich Burns’ swimming career, it has been the opportunity to swim on great teams with great swimmers.

Rich grew up in Chicago. His family had a cabin on the shores of Lake Michigan where he spent every summer on the beach. Swimming to the sand bar, which was usually only 25 yards from shore, were his earliest swimming practices.

When he entered New Trier High School in 1957 he followed his best friend to the swim team tryouts and just managed to make the team. That New Trier team emerged as one of the best high school swim team ever assembled. In his senior year, they placed third in the AAU Nationals behind only Southern California and Indiana. Rich, however, was a ‘C’ team swimmer through the better part of his four years. A breakthrough swim mid-senior year earned him a 10th place All-American ranking in the 100 back but as the third fastest backstroker on the team, he never swam in a big meet.

He was recruited to Indiana University by Doc Counsilman to join a team comprised of that era’s swimming superstars. Olympic Champions, World Record holders, and All-Americans were his teammates, roommates and fraternity brothers. But despite these stellar influences, Rich Burns never achieved personal greatness.

Masters offered the chance to excel beyond what he had realized as a youth. In 1976 he was invited to drop by a local Masters meet. The lure of the pool was compelling. Although he hadn’t swum a competitive stroke in over ten years, he borrowed a suit and deck entered the meet. Though the race wasn’t pretty he was hooked. He joined coach Marie McSweeney’s Tamalpais Aquatic Masters program in San Rafael, California and has been there ever since.

Rich set his first World Records in 1983. Since then he has appeared on the Top 10 list for 23 of the next 25 years. He has set 37 FINA Masters World Records, 22 long course meters and 15 short course meters. He has also been a part of 16 World Record setting relays. Rich’s signature stroke is the backstroke but he has also set four I.M. and one butterfly records. He was named one of Swimming World magazine’s top six male Masters in 2008 and 2009.

He credits the camaraderie of his teammates and the quality of the competitors in his age group for his motivation and success.