Otylia Jedrzejczak, the First Polish Swimmer To Be Inducted Into The International Swimming Hall of Fame 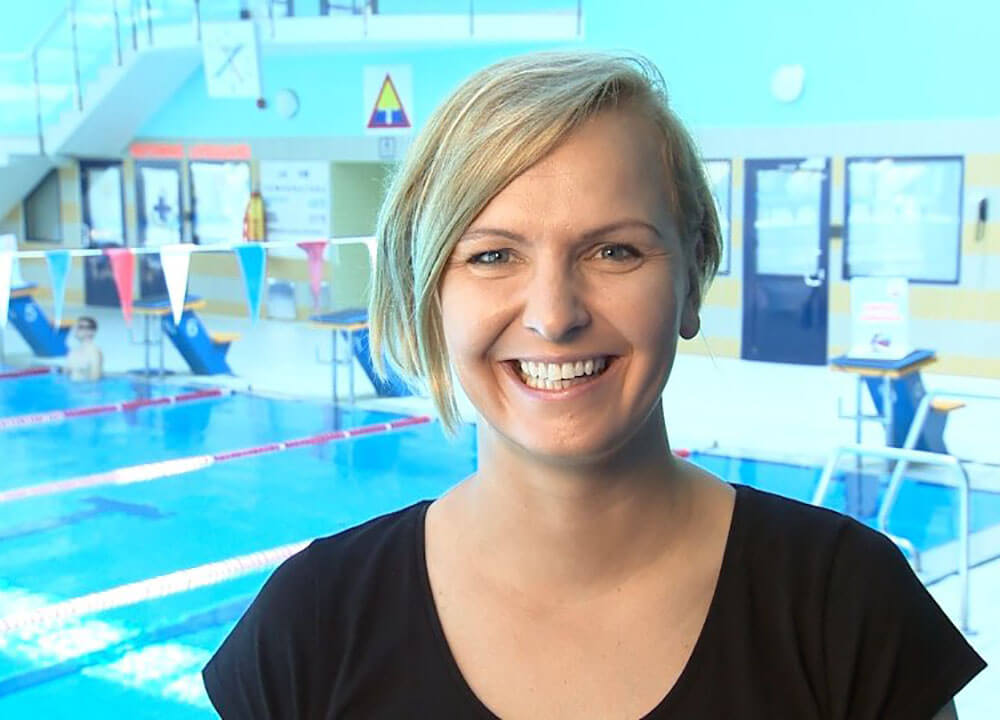 Otylia Jedrzejczak, an Olympic Champion, a two-time World Champion, a five-time European Champion and a three-time world record holder, will become the first Polish honoree to be inducted into the International Swimming Hall of Fame as a member of the Class of 2019 during the Honoree Induction ceremony in Fort Lauderdale, Florida, on May 18, 2019.

“I was calmed down by the pool, everything was in .  There, I created stories, wrote many volumes of harlequin, I studied for testing, I sang songs.  Water gave me a sense of security.  It was a place where the world did not threaten me.  I knew it was my time that no one would call, take a break, or take me to another place.  Everyone has their  and they feel calm when they  the door from the inside.  I had water.”  – Otylia Jedrzejczak

Otylia Jedrzejczak was born in Ruda Slaska in December of 1983.  She has been elected best sportsman three-times in Poland and received the Knight’s Cross of the Order of Polonia Restituta (5th Class) in 2004.

Otylia was diagnosed with a slight curvature of the spine, so she began swimming at age six, because doctors thought it would help. Unfortunately, she had no interest in the sport, but luckily, her father had the last word.  Her attitude soon changed after she won her first title at a competition in Germany at age eight.  High School was when Otylia began to really take swimming seriously.  In 1999, led by coach Maria Jakobik, Otylia won her first championship at the Junior Europeans in Moscow in the 100m and 200m butterfly, which would soon become her signature event. 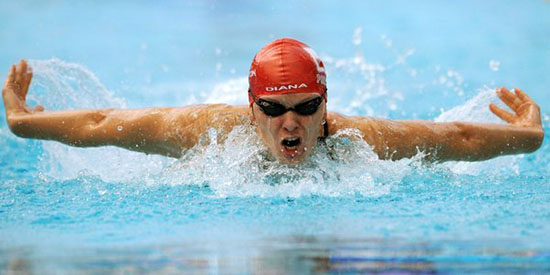 Making it to the podium in both the 1999 and 2000 Senior European Championships opened the way to Otylia’s first Olympic appearance in Sydney, 2000.  She was the youngest on the team, at only 15 years old, and her coach then was Pawel Slonimski.  She placed 5th in the 200m butterfly.

It was at the 2004 Olympics in Athens that Otylia really made her mark by winning gold in the 200m butterfly.  She owed her success to a brilliant finish in the last 50 meters of the race, in which she overtook Aussie Petria Thomas, who was in the lead for most of the race. In addition to her gold, she took home two silver medals, one in the 100m butterfly and the other in the 400m freestyle. It was during these Games that Otylia equaled the number of medals earned by a Polish athlete in a single Olympics.  She ties legendary Polish Sprinter, Irena Szewinska and makes history in her country.

Otylia revealed after the race that in June at the pre-Olympic Trials, that if she won an Olympic gold medal, she would auction it off and give the proceeds to a charity that helps children suffering with leukemia.  The auction was a great success, raising over $101,000 USD.  Otylia donated the money to the Oncology and Haenatology Clinic of Wroclaw’s Children’s Hospital.

At the 2005 World Championships in Montreal, Canada, Jedrzejczak once again defended her 200m butterfly title.  She improved her own world record by a time of 2:05.61 beating Australian Jessicah Schipper by only 0.04 seconds. 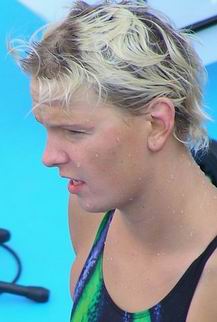 Tragedy stuck Jedrzejczak on October 1, 2005, when she was severely injured in a car accident that tragically killed her 19-year-old brother, Szymon. The accident and its aftermath took its toll on Otylia and she took a break from training.  Finally, after nearly 8 months off, Otylia returned to the pool.  “After months, I began to feel that the water was friendly with me,” she says.

In 2006, Otylia returned to competitive swimming, participating in the European Championships in Budapest.  She finished first in the 200m freestyle and 200m butterfly and with her team, took silver in the 4 x 200m relay.

On December 13, 2007, Otylia’s 24th birthday, she continued her reign at the Short Course World Championships by setting a new world record in the 200m butterfly in Debrecen, Hungary, in a time of 2:03.53. 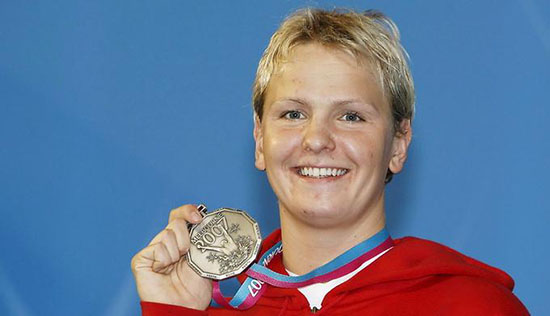 At the 2008 Beijing Olympic Games, Jedrzejczak struggled to regain her dominance, managing to only reach 9th place in the 200m freestyle and 17th in the 100. Otylia was hoping to make the podium in her signature event, the 200m butterfly, but just missed it by placing fourth.

After returning from Beijing in 2008, Jedrzejczak told the media that she would most likely retire from her career as a professional swimmer.  However, Otylia continued swimming and qualified for the 2012 London Olympics in the 100 and 200m butterfly. Unfortunately, she did not qualify for the finals at the Games.  Otylia Jedrzejczak may not have finished her career on the high note she wanted, but her record certainly speaks for itself.  Four Olympic Games, three Olympic medals, three World Records and much, much more. 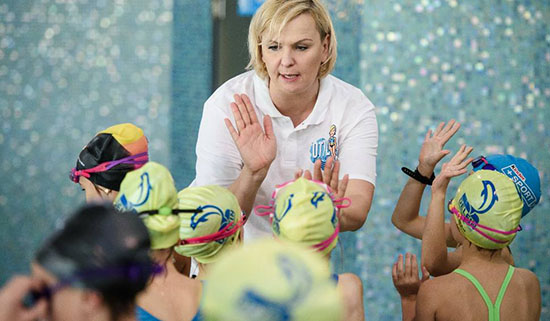 Today, Otylia Jedrzejczak is actively involved in a variety of activities and  work.  She was a candidate in the European Parliament elections in 2014 from the PO list and in 2015, was a member of the committee supporting Bronslaw Komorowski.  Otylia was a judge on the television program, “Celebrity Splash,” and has done some acting.   She starred in the series “Rodzinka.pl” and “Pierwsza Milosc,” and appeared in a music video for the band “Varius Manx” for the song, “Too Much Forces.”

She is the founder of the Otylia Jedrzejczak Foundation, which she set up when she was an athlete.  The foundation had a positive impact on not only her sports development but also her life.  Through the  today, Otylia strives to help athletes benefit from the positive impact that she herself experienced.  Otylia says, “Sport is a great adventure of life, which teaches consistency and determination in pursuing a goal, and failure is a stop on the way to success.” The foundation’s goal is to implement modern training methods leading to sustainable development of juniors athletes where they develop a learning system focused not only on improving physical but also psychological efficiency.