Rob Butcher Joins ISHOF’s One in a Thousand Campaign: ‘It Is an Honor to Support’ 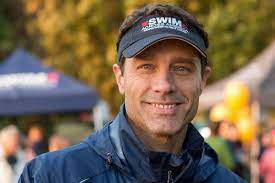 Swim Across America CEO Rob Butcher has become the latest to join ISHOF’s One in a Thousand program, designed to help the Hall of Fame prosper during the COVID-19 pandemic.

“ISHOF has so many stories how water & swimming have impacted humanity that it is an honor to support ISHOF with One in a Thousand so we can continue to share our love for aquatics,” Rob Butcher said.

Butcher has been involved in aquatics for many many years as the former executive director of U.S. Masters Swimming, where he stepped down in late 2015 to join Swim Across America.

Rob Butcher came to USMS in 2008 from professional car racing, where he was the chief marketing officer for the World Racing Group and served as marketing director for the International Speedway Corporation. He helped increase the NASCAR and Indy Racing brands through sponsorships and partnerships with major corporations.

Butcher has plenty of swimming experience, having swum for Georgia Southern University in the early 1990s. He competed in the 2000 Olympic Trials in the 100 breaststroke where he was 57th overall at age 28.

As executive director at USMS, Rob Butcher made an immediate impact. He moved the organization’s headquarters to Sarasota and created a full-time staff to revitalize the USMS brand. Not only did he help create a new logo, but his team redesigned the USMS website, that allowed members to find places to swim across the country, track meet results, and log workout distances through the new ‘Go the Distance’ program.

One of the things Rob Butcher hoped to do in his time as executive director was grow active membership to 50,000 athletes. He managed to do that in 2009 after just one year on the job. That number continued to grow as Butcher and his staff worked to make USMS visible to several demographics. Through the Swimming Saves Lives Foundation, adult learn-to-swim programs flourished around the country, bringing new members to the organization. The increased exposure was not missed by college students who were not part of NCAA teams, who flocked to Masters swimming to continue their athletic careers.

Marketing the sport was another goal for Butcher. Using collaborations with Olympic champions Rowdy Gaines and Misty Hyman, he helped get the word out about the Swimming Saves Lives Foundation, as well as the annual High Performance Camp in Colorado. USMS was also a sponsoring organization of the SwimToday campaign, an advertising initiative to bring people of all ages and abilities into swimming.

One of Rob Butcher’s top accomplishments was securing the Qwest Center in Omaha, Nebraska as the site of the 2012 USMS summer nationals, held three days after the Olympic Trials. Participation at Masters nationals continues to hover close to 2,000, and Butcher was almost always racing while doing his executive director duties.