Ryan Lochte, Family Man on a Mission, is Back Among World’s Elite 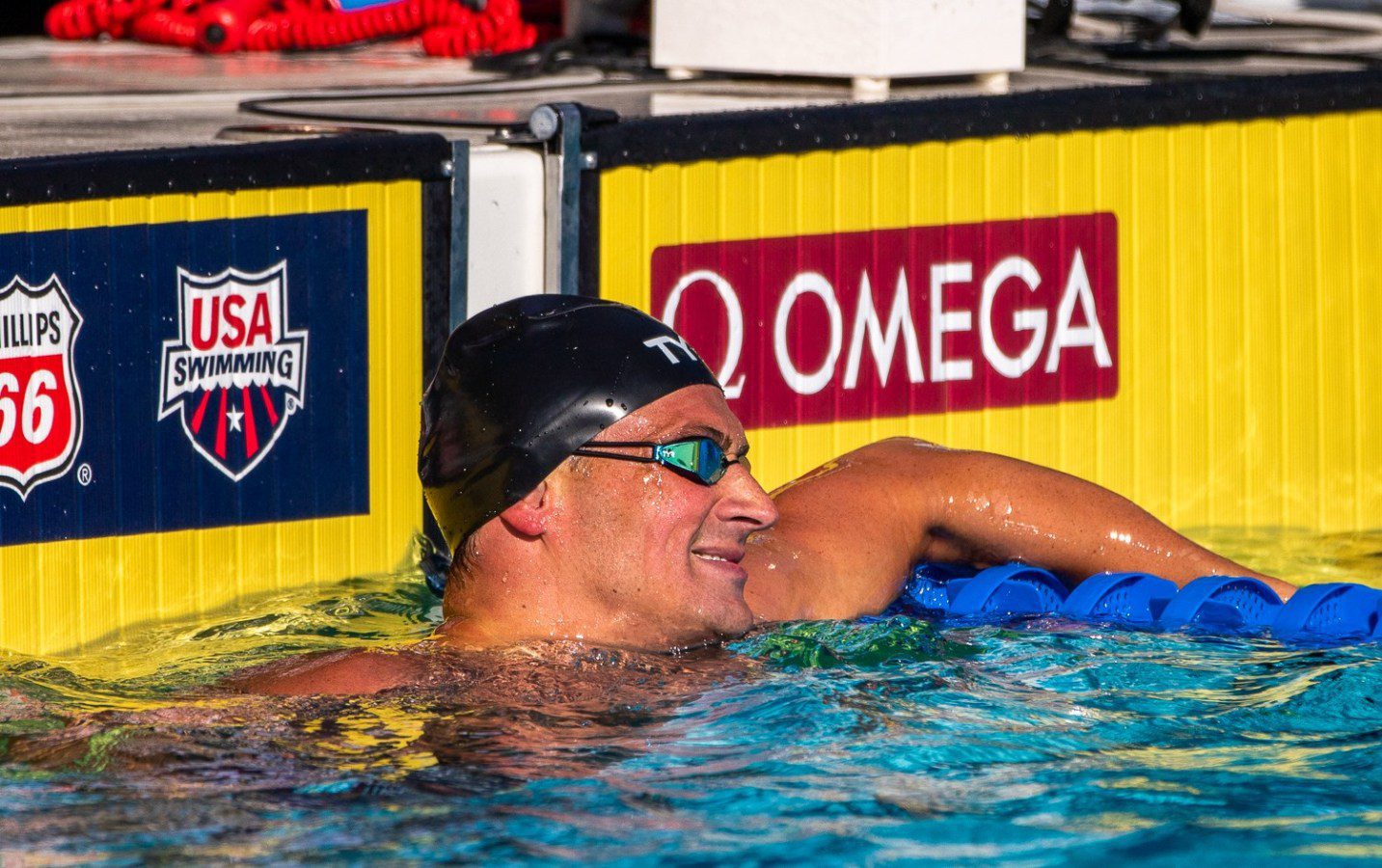 Ryan Lochte is back — really back.

Yes, he swam earlier in the meet, making a comeback from a 14-month suspension, swimming a strong time trial in the 200 IM to turn a few heads, then swam in a few other events, not making an A final.

But on Sunday, a day after turning 35, he was the top seed in an A final on the national stage — and he did even better in finals, winning in 1:57.76.

It was far from his world record 1:54.00, but it was still a performance just outside of the top 10 in the world this year and a tenth of a second out of making the finals at the World Championships.

“Every time I got up on the blocks and raced (this week), it was the hardest thing,” Lochte said. “I don’t know half the swimmers I am swimming against because they are all 10 years younger than me. But it is fun getting on those blocks and racing again, being happy with the sport. I lost that mojo that I had a while ago. Now, I am finally getting that back. I guess I owe it all to my family because I am doing it for them. Just racing, that competitive edge, I lost it. I am slowly getting it back. I will know it when I get on the blocks and feel like I can go toe-to-toe with anyone. That is what I was always the best at, going and racing.”

He was able to do that in his signature event — an event he has now won at nationals five times in the past 11 years.

Since then, he has had some turbulent times, including the infamous Rio gas station incident, and has checked himself into alcohol rehab.

But with a young and growing family, Lochte is adamant that that lifestyle is behind him.

“I think it is pretty obvious now, I am 100 percent family. They changed my whole life and gave me a new perspective on everything,” he said. “That party-boy image I used to have kind of messed me up and stuck with me. But that is not me — I could care less about that lifestyle. My celebrations are picking up my son and daughter and playing with them.”

Now, his challenge is to balance his family time with work in the water.

“Since my daughter has been born, the last five-and-a-half or six weeks, I haven’t really been in the pool. In a week, I would be there maybe four times,” he said. “We are going to start getting help with the kids, a night nanny so I can get my sleep and wake up and be ready to go to swim practice, instead of being too tired. A lot of things will change in that aspect, but it is for the best.”

Lochte knows he will never be the same swimmer that won both IM titles in 2009, then repeated in both in 2010 — plus won the 200 back title. Or even the same swimmer he was in 2013 when he won all three again.

But Lochte’s perspective on family, life and racing has him striving to be the best 35-year-old swimmer in the world — and with a full year of training — this could be the start of one of the best comebacks in swimming history.

“I needed to kick the rust off. It took until the last race of the meet,” he said. “This was a starting point to see where I am. I am going to be a lot better next year. I am excited for this next year.”

Whether it is or not — or he makes Tokyo or not — Lochte is back on the path to success in and out of the water, which is huge for the sport of swimming and a 35-year-old family man on a mission.