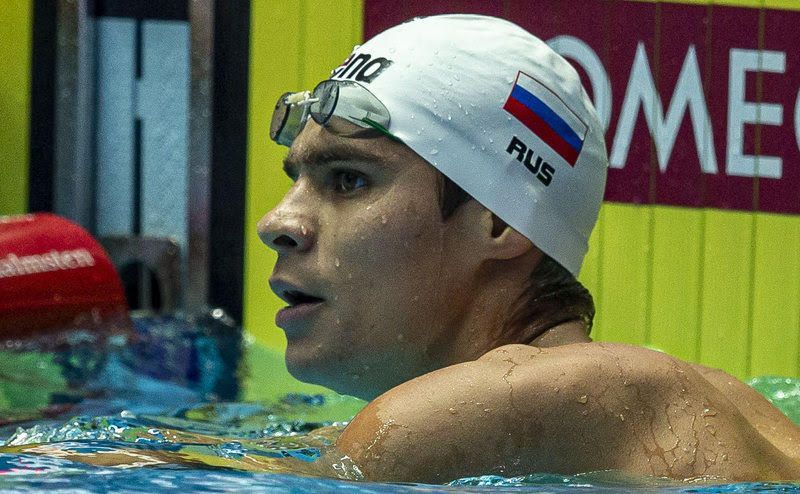 Evgeny Rylov held off a challenge from Olympic champion Ryan Murphy to retain his 200m backstroke title in Gwangju.

The Russian led from the start and it soon became a duel between him and Murphy and although the American made some inroads, Rylov was in no mood to surrender his title and reasserted his lead on the final length to win in 1min 53.50secs.

It was Rylov’s second medal of the meet after he won silver in the 100m backstroke, a race in which Murphy was locked out of the medals by 0.01secs after a second-50 blast.

The American was in second for the entirety of the race and was just 0.06secs adrift at the first turn but Rylov powered away on the second 50.

Murphy made up some ground on the penultimate length with a 28.91 blast and a battle was on the cards at the final turn only for Rylov to pull away to win by 0.72secs for his third successive medal in this event.

Murphy didn’t try to hide his disappointment at his campaign in South Korea, saying: “I’m not necessarily feeling great at this meet. My mentality going through that is I’ve got to approach this as if I am running through a brick wall, be ready to put myself through that type of  pain so in the race I didn’t hold back. I put myself in a good position. The last 50 wasn’t there tonight but I wouldn’t have done anything differently there.”

Next up is the 4x100m medley relay in the penultimate event of the programme on Sunday in which the United States are defending champions.

“I’m actually starting to feel better as the week goes on,” he said. “I think in the individual 100 back, I just spun at the beginning.

“In the medley relay (mixed relay) I was a little bit better but I think I was pretty soft in the turn, pretty soft in that breakout off the turn so those are two areas I’m going to target for the relay.”

It was Greenbank’s first senior international medal and follows a difficult transition from a successful junior career in which he broke the world junior record en-route to gold at the European Games in Baku in 2015.

The 21-year-old is coached by Mel Marshall, the former Olympian who has guided Adam Peaty through a timewarp.

Greenbank set a new personal best of 0.04secs to remain third on the British all-time list behind James Goddard, who set the national record back in 2010 at the Commonwealth Games in Delhi, and Craig McNally.

“I’m really pleased with that,” he said. “A little PB and to be in the medals at World Championships is a dream come true.

“Those guys (Rylov and Murphy) are heroes of mine really. And to race in there with those competitors, I’m really really pleased to hold my own and hopefully catch up a little bit next year. It was a great experience.”