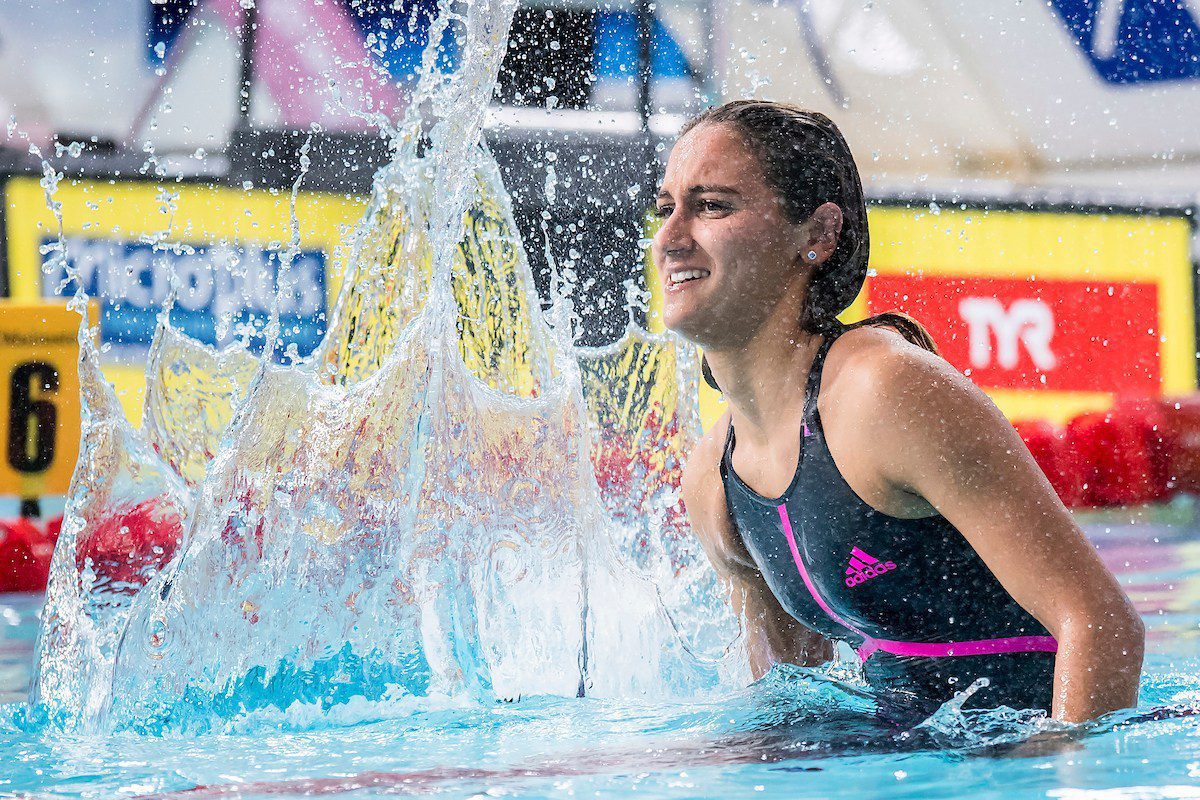 Simone Quadarella had hoped to race for gold in a battle with the superstar of 30-lap racing but illness put Katie Ledecky out of the fight and the Italian was left to experience what the American often has: a race against the clock to a gold far ahead of her rivals.

Quadarella’s win marked the second gold for Italy in the event’s history since 2001, Alessia Filippi having won at home in Rome back in 2009 in 15:44.93. Into the race as 9th fastest all-time, Quadarella emerged fourth fastest, the 10th anniversary of the ban on shiny suits in Rome an apt one for the new champion to leapfrog an old one who had held the Italian record for a decade.

“I’ve discovered at noon that Ledecky was out, the next hours has been the the worst of my life: I was so nervous,” Quadarella said.

On 8:17.95 at the 800m mark, Quadarella held a 7m lead over Kohler, the battle for bronze a further 5m and more back led by Wang. And that, give or take, is how it stayed until the close of business.

On the list of the best 25 efforts ever over 1500m, topped by eight swims from Ledecky, Quadarella was the only one to feature going into the final tonight: 23rd on a best time of 15:48.84 from the Seven Hills meet in Rome several weeks ago in the waters of the Foro Italico where Filippi claimed her world title.

Quadarella moved up from 23rd to 12th on the all-time list of performances and is in a fine place a year out from the Tokyo 2020 Olympics at which the 1500m for women will be raced for the first time in Games history going back to Stockholm 1912 for the girls, the (old) boys having got the party started in 1896.

Delighted, someone overcome by the win and the events of a day that did not unfold as she and the defending champion had expected arriving at the door of the championships last weekend, Quadarella was asked a couple of questions on the deck for broadcast to the in-house crowd. Between sobs and smiles, she managed to say: “Yes, it was fun” and “Yes, I was very grateful to the crowd” for cheering for her and celebrating her win.

“I keep on crying…too much emotion. Before the race, the news of Ledecky, then anxiety of the start, then the voice of my family while I was swimming and the italian anthem…. I’m overwhelmed,” Quadarella said.

Quadarella and Kohler are old sparring partners, both in Europe and at the Universiade in Taipei 2017, when the Italian setting a World Student Games record of 8:20.54 a second ahead of Kohler two days after claiming the 1500m crown in 15:57.90 to the German’s 15:59.85.