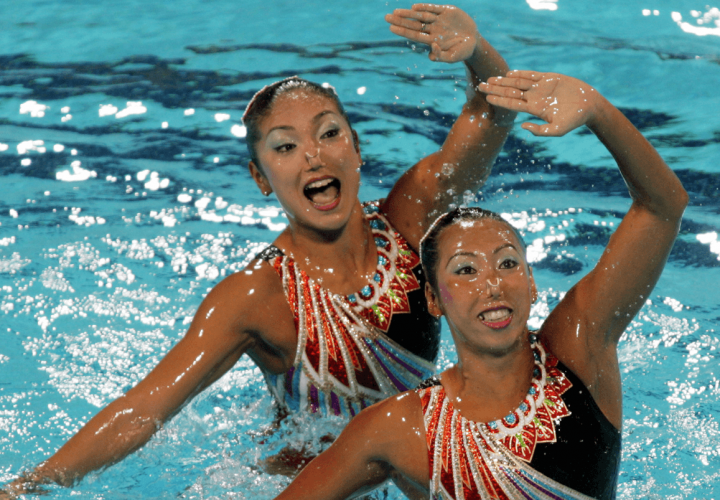 Miho Takeda, who shares with her synchro partner the distinction of being the most decorated Japanese female Olympian, will be inducted into the International Swimming Hall of Fame as a member of the Class of 2018 in ceremonies in Fort Lauderdale, Fla., on May 19, 2018.

Miho Takeda was born and raised in Kyoto Prefecture, on Honshu, Japan’s largest and most populous island.  She began swimming at the age of 5 in Kyoto and turned to synchronized swimming two years later.  She changed clubs at the age of thirteen to train under Masayo Imura, the national team coach and “Mother of Japanese Synchro.”

In 1994, she was on Japan’s team that won the bronze medal in the team event at the FINA World Championships. In 1995, Miho graduated from high school, began her studies at the elite Ritsumeikan University and, with the retirement of 1992 Olympic medalist Fumiko Okuno, was paired with Miya Tachibana as a duet team. Together, over the next 8 years, they would win a total of 5 Olympic medals and become Japan’s most decorated female Olympians.

Their first Olympic medal came in Atlanta, where they won bronze in the team event, which was the only synchronized swimming event on the Olympic program that year. Then at two FINA World Cups, and at the 1998 World Championships between Olympics, Takeda and Tachibana won silver medals, just behind the Russians in each event.  At the Olympic Games in Sydney, the Russians won again, while Miho and Miya won silver in both duet and team. 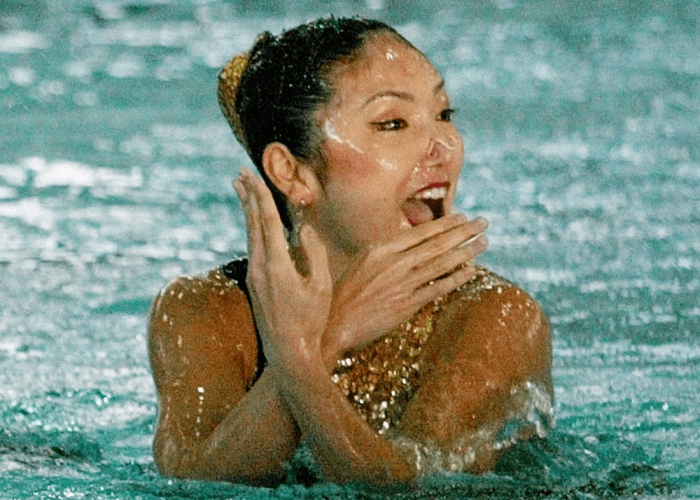 It was a different story at the 2001 FINA World Championships, in Fukuoka, Japan. Performing before an exuberant home crowd, Miho and Miya gave one of the best performances of their lives and received a near perfect score of 98.910. It was enough to claim Japan’s first ever world title in Synchronized Swimming and beat the reigning Olympic champions, Anastasia Ermakova and Anastasia Davydova, score of 98.390.

That was the last time anyone would beat the Russians, who won every major competition after Fukuoka, including the 2004 Olympic Games in Athens, But always just a fraction of a point behind were Miho Takeda and Miya Tachibani and the Japanese swimmers.

During their career together, Miho and Miya won one gold medal – Fuuoka 2001 – and seven silver medals at the eight FINA or Olympic competitions held from 1997 to 2004 in duet competitions.  In the team competitions, they won 6 silver medals and one bronze medal, missing the podium only once in the same eight year period. With her induction, Miho Joines Miya (inducted in 2011) as one of the great synchronized swimmers of the modern era.

After retiring, Miho stayed active in synchronized swimming as a television commentator, performer in water shows, and celebrity endorser.  In 2007, she married Eikei Suzuki, a lawyer and politician who was elected governor of Mie Prefecture in 2011. In addition to being a mother since 2012, she is a professor at Mie University, serves as honorary Chair of the Mie UNICEF Association and gives lectures on diet and exercise, on corporate training and writing – and continues to share her love of the water and synchronized swimming with children.