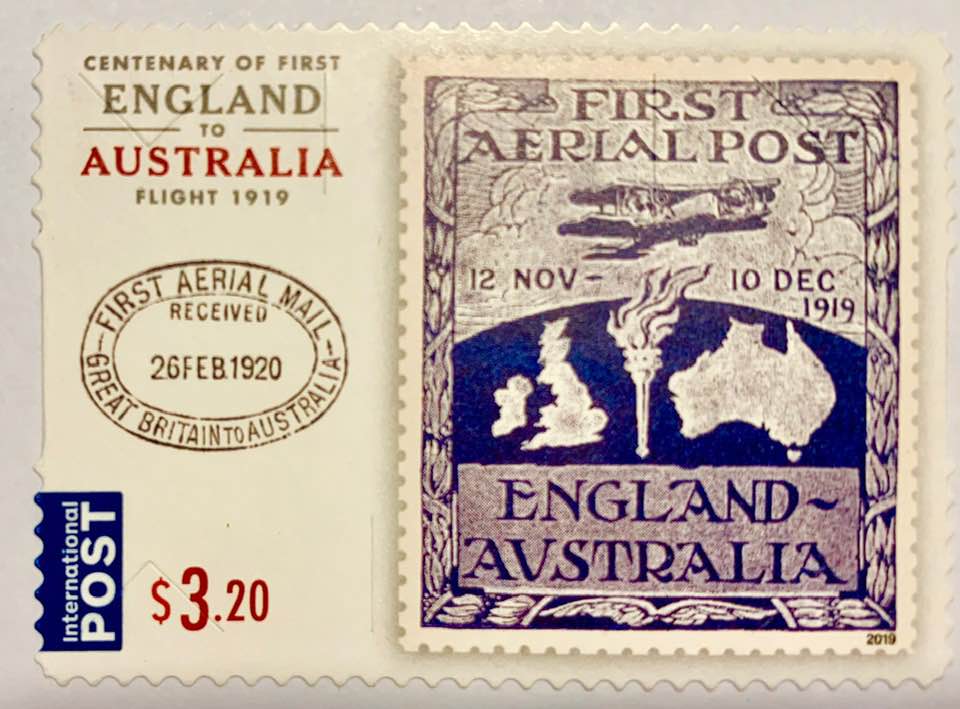 Beautiful piece on Ursula Carlile, one of our newest Honorees (Class of 2020) from our very own, Swimming World Editor in Chief, Craig Lord.

I got a Christmas card from Australia today with this beautiful stamp on it commemorating 100 years since the first England to Australia flight … what an adventure, what a Ride!

Make that Ryde. The card was from Ursula Carlile. Each year, she tops my chart of beautifully crafted year-end travelogues, no longer with Forbes, who passed away in 2016 as racing was about to begin in Rio. How I miss his emails of tireless campaigning for the betterment of swimming and swimmers.

He was urging the Athlete Voice to let itself be heard decades before the current gen catch-up on rights, welfare, representation and much else. He was urging governors to adopt good governance athlete-first practices several decades ago. We wait yet, alas.

Ursula will be missing him more than any, of course. One of her pool managers accompanied Ursula on Celtic tour this year in Scotland and Ireland … what a Time they had!

Ursula is 83. She writes with the thrill of a 23-year-old out in the world soaking up experience … and she writes beautifully, her descriptions worthy of the best of travel books. She might have made a career of it.

Instead, she chose Forbes and swimming and they chose her. In April 2020, Ursula will be inducted into the International Swimming Hall of Fame … what a wonderful moment that will be, 101 years after the events immortalized on the stamp.

Ursula hopes to be there for the ceremony. I pray she will be on this night approaching third Advent, the full moon so bright that silver and shadow look like snowfall on birch, barn and lawn.

Ursula writes in her letter „I‘m not sure I deserve this honour“. Banish doubt Ursula! You do!

Forbes made the Hall in 1974, two years after one of his swimmers and one of the greatest of all-time, Shane Gould, sped to 3 gold, all world records, a silver and a bronze, all solo, at the Munich Olympic Games. Her tally remains a record haul of solo medals at one Games in the pool among women (Mr. Phelps is the man at the top of that count, 5 solo golds among 8 Beijing 2008 …).

Gould’s pioneering unfolded at a time when blazers travelled with teams and coaches were less than the proverbial child best seen but not heard. Coaches should be neither seen nor heard back then. So Forbes did not get to be on the deck with Shane. Ursula did, as chaperone and purveyor and conveyor of swim wisdom…

When you look back at the lives of Ursula and Forbes, the journey looks both immense, thunderously broad and yet shorter than the span it feels fair to expect.