What could be more appropriate than the Father of ISHOF, Buck Dawson, being born of Halloween? 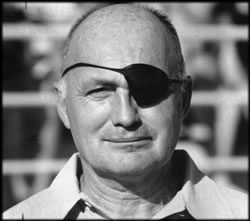 FOR THE RECORD: Founding Executive Director of the International Swimming Hall of Fame (1964); Known as the “Walking Encyclopedia of the Sport”.

He claimed his family never allowed him to swim in public! (Only at night when no one could see!) But Buck Dawson did more for swimming than any non-swimmer in the world.

Buck first got involved with swimming after his marriage to RoseMary Mann — daughter of the late Matt Mann.  From then on, it went something like this: organizing the Ann Arbor Swim Club, co-directing Matt Mann swim camps in Canada each year (Camp Ak-O-Mak and Camp Chikopi), chairing Michigan women’s swim AAU for eight years, and serving three terms on the United States Olympic Swim Committee.  He shared responsibility in starting the women’s national collegiates and reviving national women’s water polo.

Dawson liked to think of himself as a coach and kept his hand in training marathon swimmers and national long distance individual and team winners in US swimming.  Besides his special gift with children, he has also made magic at the International Swimming Hall of Fame for the first twenty years of it’s existence.  Dawson was chosen the Hall’s first executive director in 1963.  He has made the Hall grow from an idea to a shoebox collection, and ultimately a million dollar operation as the showcase and archives of swimming.

One of his many great successes at the Hall of Fame was his introduction of Swim-A-Thon to the United States, which increased the endowment of ISHOF and raised funds for individual swim clubs and teams.  This tireless, smiling, globetrotting ambassador of swimming can also be credited for the thousands of athletes, fans and press alike who have flocked to Fort Lauderdale for sun, fun and swimming.

It was Buck who gave the American Swimming Coaches Association some roots back in 1971 when he and the Hall of Fame staff assumed administrative duties for ASCA.  Dawson was a powerhouse not only in ASCA but also in the organization of another association – the National Swim and Recreation Association.

He was also the founder and first president of the Association of Sports Museums and Halls of Fame — a group of some 80 Hall of Fame directors.  Throughout the years, it was Buck who traveled from meet to meet armed with Hall of Fame brochures, books and bumper stickers always spreading the word, always willing to talk and teach swimming to anyone who would listen.

A day didn’t go by without “Good Morning, America,” “USA Today,” “NBC Nightly News” or one of the nation’s top swim coaches calling to speak to Buck.  He is respected in this field not only for his knowledge but his zest for life. . . his search for new facts, memorabilia. . . new ways to teach those children to swim and keep the sport alive and growing.  Dawson was the link between our age group swimmers and our swimming legends.  He was the common denominator that ties the past to the present.

Dawson used to eat, live and breathe swimming.  He wrote numerous books and has been the recipient of many prestigious awards.  Buck WAS the International Swimming Hall of Fame.  Who else would have his dog become an ISHOF mascot, and name him Mark the Spitz? Or snicker at the thought of a dog paddle derby? 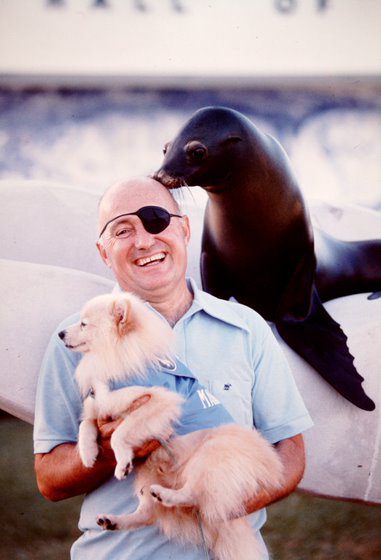 Dawson was hype, show business — an idea and PR man.  Throughout his life, he had always gotten his kicks out of promoting something or somebody else he believed in: during the war it was General Gavin and General Ridgeway- the 82nd Airborne; later his alma mater, the University of Michigan; his family, swim camps and ultimately ISHOF, swimming and swimmers….And let’s not forget Marlene Dietrich. 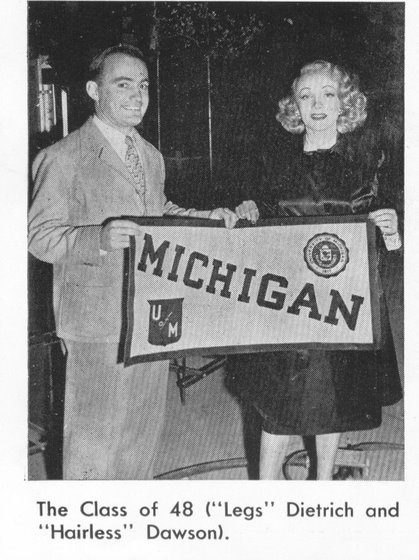 When asked, what did this walking encyclopedia say about himself? “I wouldn’t say I’m a workaholic, but I think swimming has been my hobby. . . I have been sort of a little bit of everything.   I feel this (the Swimming Hall of Fame) has been the culmination of my life.” 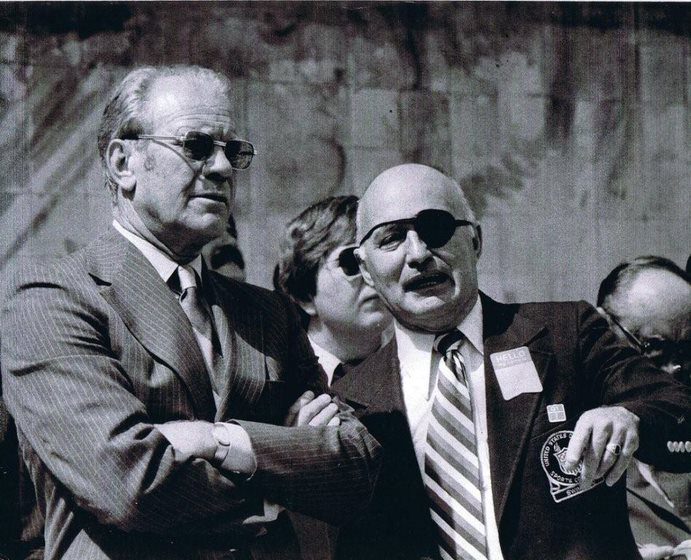 Buck “retired” in 1986, and for the next 20 years, he served as executive director emeritus at ISHOF.  As you can imagine, Buck still came into the office everyday and still put in the 18 hour days. He continued to make the endless journeys and speeches around the world that made him one of swimming’s most active and knowledgeable spokesmen in the world of swimming. 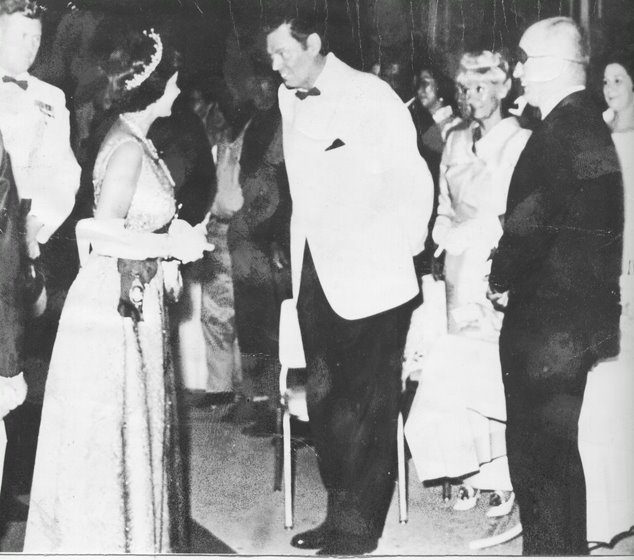 We lost Buck in 2008, but we hope to always keep his memory alive within the walls of ISHOF and beyond.  Without Buck, there would never be an International Swimming Hall of Fame…..and so many memories that span his exciting eighty years.