When Alessandro Campagna was a young boy, his doctor recommended he  swimming to help with a medical condition.  What soon emerged from swimming was his love of the water and a drive to work hard.   He tried his hand at water polo and in his very first water polo match, Alessandro scored three goals. From that day on there has been no stopping him in the pool as an athlete or on the deck as a coach!  He has won gold at the Olympics, World Championships and European Championships, among many other accomplishments.  Alessandro Campagna will be inducted into the International Swimming Hall of Fame as a member of the Class of 2019 during the Honoree Induction ceremony in Fort Lauderdale, Florida, May 18, 2019. 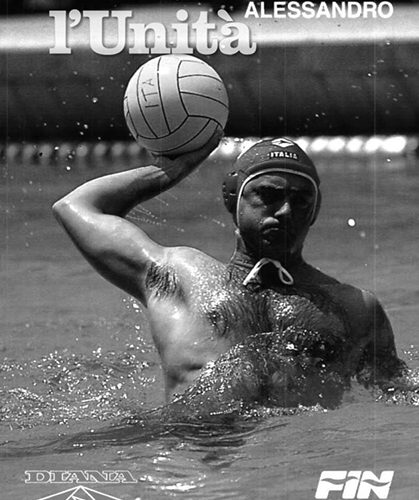 It has been said that Alessandro (Sandro) Campanga was one of the most  water polo players of all time. In his career, he played for two clubs:   The first was, Ortigia Siracusa, where he was the captain and leading player for ten championship seasons, reaching the playoff semi-finals of the Italian Championships, and the second, Roma, where he won the Coppa delle Coppe, also known as the LEN Cup Winner’s Cup and the Len Cup.  The winners of the LEN Cup Winner’s Cup went on to face the European champions in the European Super Cup.

Campagna comes from the beautiful island of Sicily.  He began swimming at the age of six because the doctor advised him to swim in order to improve a medical issue with his chest.  He was afraid of the water at first, but the more time he spent in the water, the more confident he became and the more he began to love it.  By the age of eight, Campagna also liked playing football, but he seemed to excel at swimming, so that is the sport he chose. Even at young age, Alessandro, known as “Sandro” always trained very hard.

At age 12, he was introduced to the sport of water polo.  One of the first things he was attracted to in the sport was playing with the water polo ball, most likely because of his love of soccer.  The rules of the game came to him quickly.  The very first game that Campagna played in, he scored three goals.  He was hooked!

He transferred his love of swimming to water polo and never looked back. In 1976, during the Montreal Olympic Games, when Alessandro was only 13 years old, he watched Italy win the silver medal in water polo.  It was then that he decided, “One day I too will be on the Olympic podium playing water polo for my country.”  His idol was ISHOF Hall of Famer, Gianni De Magistris. 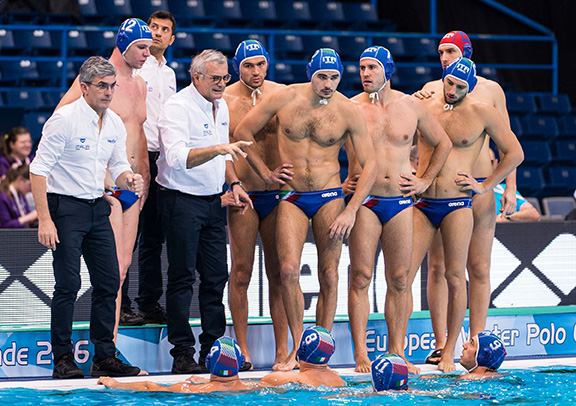 Campagna continued in water polo and rapidly improved.  In 1981 while playing for Ortigia, Campagna and the team played in the A1 Championships, the top championships in Italy.  In two of the games, they faced Team Florentia, De Magristris’ team.  Campagna was finally coming face to face with his idol.  Ortigia won the game 5-4 and Campagna scored three of the five goals.  From that day forward, Alessandro gained the respect of all water polo players.

Campagna believes its not only hard work, perseverance and talent that make a good player.  He says that in his case, he owes so much to his first coach, Romolo Parodi, “who taught him the true values of water polo, the love of the game and the perseverance to devote in every training session together with the respect of rules and opponents,”  Campagna said.  “My desire of accomplishment did all the rest, after reaching a success, I immediately thought of the next one to come,” he added.

After playing for Ortigia Siracusa for ten years, Campagna moved to Rome, played at the club level, and became a professional player.

Campagna played in 409 games with the Italian National Team, “Settebello,” scored more than 1500 goals in total, his national team and club appearances combined.  He was a major factor in the Grand Slam, winning from 1992 to 1995; the 1992 Olympics (Barcelona); the 1993 FINA Cup (Athens); the 1993 European Championships (Sheffield); Vienna 1995; and finally the 1995 World Championships (Rome) with the legendary Settebello coached by ISHOF Honor Coach, Radko Rudic.  Campagna became Rudic’s first assistant coach in the 1996-97 season and later went on to replace him and take the helm of the Italian Men’s National Team, where he accumulated over 300 “benches.” 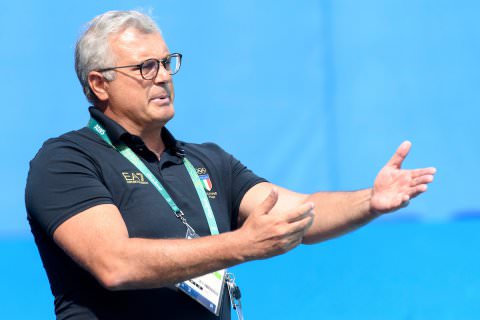 Campagna credits much of his success to the three coaches he had during his time on the Italian National Team with ISHOF Hall of Famers Gianni Lonzi and Radko Rudic being the first two.  To Lonzi, he credits having the merit of debuting him as a young player at 18 years old and to Rudic, Campagna believes the coach made him go further mentally than he would have on his own.  Lastly, he believes that Coach Fritz Dennerlein completed him tactically.

Upon , Campagna decided to put his water polo knowledge to use in coaching. He is one of the few who managed to continue his competitive playing success in his coaching success.

He began coaching the national team, Settebello, in 2001.  The Italian team, under Campagna, won silver medals at the European Championships (Budapest), and at the  Games in Tunis.  In addition, they took fourth at the World Championships in Fukuoka, Japan.

Campagna became the Head Coach of the Greek National Team in January 2003 and stayed on through August, 2008.  Under Campagna, the Greeks, too, were successful.  They took bronze at the World Championships in Montreal in 2005, the first medal in Hellenic history.

November 17, 2008, Alessandro Campagna was once again appointed Head Coach of the Italian National Team, and he took his team to the 2010 European Championships, where they won the silver medal in Zagreb.

Seventeen years later, in 2011, in Shanghai, Campagna once again takes Italy to the top of the podium, with the National Team winning gold, like they had done in 1994, when he was a player.  “Settebello” went on to win silver in London at the 2012 Olympics, bronze at 2014 European Championships (Budapest) and bronze at the 2016 Olympic Games in Rio de Janeiro. 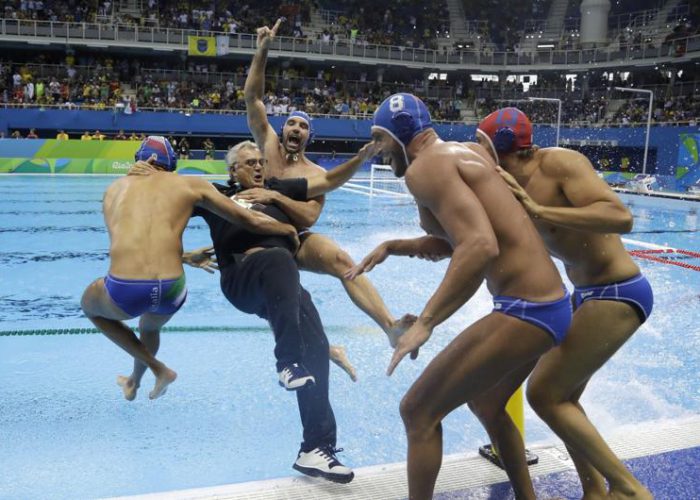 Alessandro Campagna’s honors include Knight of the Republic of Italy and Golden Palm for Technical Merit in April 2012, from the Italian Olympic Committee.  In May, 2015, he was elected among the 100 “Legends of Sport: in Italy for the Italian Walk of Fame CONI at the Foro Italico, in Roma.

Alessandro Campagna is also the co-author of the book, “The Physical Training of Water Polo Players” with Giovanni Melchiorri.

Good day !!
We are Christian Organization formed to help people in need of help,such as
financial assistance, Do you need a loan to pay your bills? Do you need
Personal Business Car or Student loans? Need a loan for various other
purposes? If yes contact us today.
Please these is for serious minded and God fearing People.
Email: (jacksonwaltonloancompany@gmail.com)
Text or call: +1-586-331-5557.
Address is 68 Fremont Ave Penrose CO, 81240.